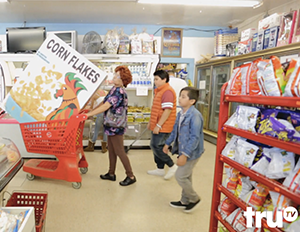 Growing up in the 90’s, one literally begged their parents to subscribe to cable programming (I know, I was one of those 90’s kids that did), so that you could watch the latest music videos on BET, VH1, MTV, and even sneak to watch Comedy Central. Yet, there was one main issue with this; you one had to be at home to watch the programming at the scheduled time it aired, unless you had enough VHS tapes to record the television content you missed across multiple channels. Not to showcase my age–34.5-years-old– but this was life back in the day, until in my adult days, when DVR was launchedÂ by cable providers.

Besides that, cable in itself is not cost effective to one’s wallet, especially for millennials who are working full-time.

Note that millennials are defined as those between the ages of 16 to 34, born during the early 1980s through the early 2000s, according to Wikipedia:

“In 2013, the median annual earnings for millennial women working full-time, year-round were $30,000,” states the report, “compared with $35,000 for their male counterparts.”

Due to millennials wanting to utilize their earnings on other entertainment options that provide them with flexibility, cable providers have seen a rise in what is known as a “cord cutter.” Cord cutters (CC) have played a pivotalÂ role in how network executives consider the success of content, prior to providing a production budget for a broadcast television debut, in today’s “streaming everything” content market. This is successful model, dubbed CCprime, has caught the attention of cable networks like truTV.

“CCprime is a brainchild that my colleagueÂ Carlos Koustas developed–under the mentorship of Bob Sumner–because we collectively noticed a substantial decline in live stand-up comedy shows. Historically, comedians like Richard Pryor, Eddie Murphy, Sommore, Kevin Hart, Mo’Nique, George Lopez, Damon Wayans, Ellen DeGeneres, and a few others found notorietyÂ in their first craft, stand-up comedy. After that, they were able to parlay into other ventures. Â Ventures like radio, blockbusterÂ films, cable network comedy special, and even prime-time broadcast television sitcom shows. Yet because of a heavy influence of streaming by comedic viewers, there has been a decline for breakout starts to reach levels of noted comedic success.” 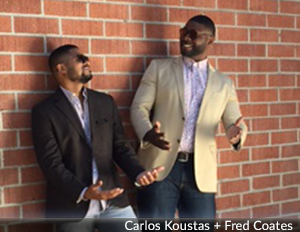 Fred CoatesÂ (Spivak) and CarlosÂ KoustasÂ (Laff Mob) are the two rising stars in Hollywood, who are sought after by streaming media talent desiring to distribute their content to a broadcast network. According to 2016’s Q3 data from Nielsen, “Traditional TV is still the dominant video consumption source.”

To date, the Hollywood duo has secured placement of a short-form series featuring a diverse group of established and up-and-coming, stand-up comics, such as Mark Viera, who have their jokes brought to life by hilarious reenactments.

What’s next for Coates and Koustas?Â  Currently, along with Bob Sumner, the co-creator of Russell Simmons’ HBO Def Comedy Jam, the team is developing feature films using virtual reality and 360-degree technology. Â This cutting edge format will break out today’s stars of the digital space, in a traditional movie format within movie theaters, then via an online release.Â  The content’s been described as a spin on the National Lampoon comedy film franchise, combined with the Ice Cube’s infamous Friday film franchise.