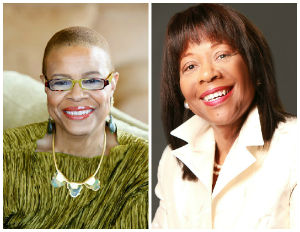 “The reason people have such strong emotions around money is because it signifies value.Â  You are valued by how much you have and what you own,â€ says psychotherapist and executive coach Mary Pender Green.

“It’s painful to think about what you don’t have and what you can’t do,â€ adds Terrie Williams,â€ award-winning mental health advocate, and author of Black Pain:Â  It Just Looks Like We’re Not Hurting.

I had a conversation with Green and Williams about the link between our psychological well-being and our finances. Both expressed concern about the stigma around mental health in the Black community, and how psychological challenges, if left unchecked, can actually play out in the form of destructive financial behavior.

BlackEnterprise: Money is one of the leading causes of depression, substance abuse, and domestic abuse. Why do you think people have such a difficult time coping with the strong emotions around money?

Williams: It’s painful to think about what you don’t have and what you can’t do. When it comes to money, just like everything else, we’ll do anything not to feel the pain and suffering that we go through on a day to day basis.

When sociologists and economists weigh in on the tensions coming forth in race relations in the United States right now, and how it has erupted into things like violent protests, many are quick to point out that the frustration level in the Black community is largely the result of economics.

Williams: We don’t know how to deal with the frustration that is the result of economics poor treatment. Take Black men, for example. If you’re a Black man, you’re intimidating to everybody. That hurts and there is a need to banish those feelings. You don’t see an opportunity to really get your foot in the door and thrive economically. The outlet becomes violence. Economics are at the root, but we don’t deal with the feelings that were the cause.

Greene: Economics are an issue all of the time. Rioting is the result of many issues bubbling over at the same time: Unemployment, poor housing, being over-policed, poor treatment.Â  What happens when you have a whole community of people feeling structural frustration?Â  Violence. We have to deal with the social issues, but we also have to deal with the frustration and the psychological impact or that fact that a bad mental state leads to poor financial choices.