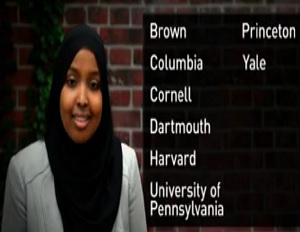 Earlier this week, it was reported that New York teen Harold Ekeh was accepted into all eight Ivy League schools. Now, one Minnesota scholar is joining him on the band wagon of black excellence.

Mounds Park Academy high school senior Munira Khalif has been accepted into all eight Ivy League schools in addition to receiving acceptance letters from Stanford University, Georgetown and the University of Minnesota. The daughter of Somalia immigrants, Khalif says that she is very humbled by her achievement.

“I promise you that I have had my fair share of moments of disappointments and failures like anyone else,” Minneapolis Star Tribune reports the 18-year-old saying. “It’s a humbling experience.”

Khalif is one of nine recipients from around the world to receive the U.N. Special Envoy for Global Education’s Youth Courage Award. She is the founder and leader of her school’s Social Consciousness Club and the founder of Lighting the Way, which is her own nonprofit campaign that works to make education accessible for East African youth, especially young girls. Her campaign has raised thousands of dollars to build libraries, mitigate sanitation issues, and provide scholarships to make sure young people get in school and stay there.

“When I was growing up, my mom told me her own story of growing up in Somalia. My grandfather was a very revolutionary man in that he not only wanted to educate his sons, but also his daughters. My mom got that opportunity and passed that opportunity on to me. It put me in a position where I thought I had to give back.”

Khalif has not made a final college decision yet, but says that where ever she goes she plans to major in political science. 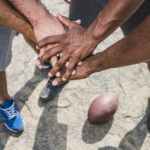 5 Tips for Spring Cleaning Your Smartphone