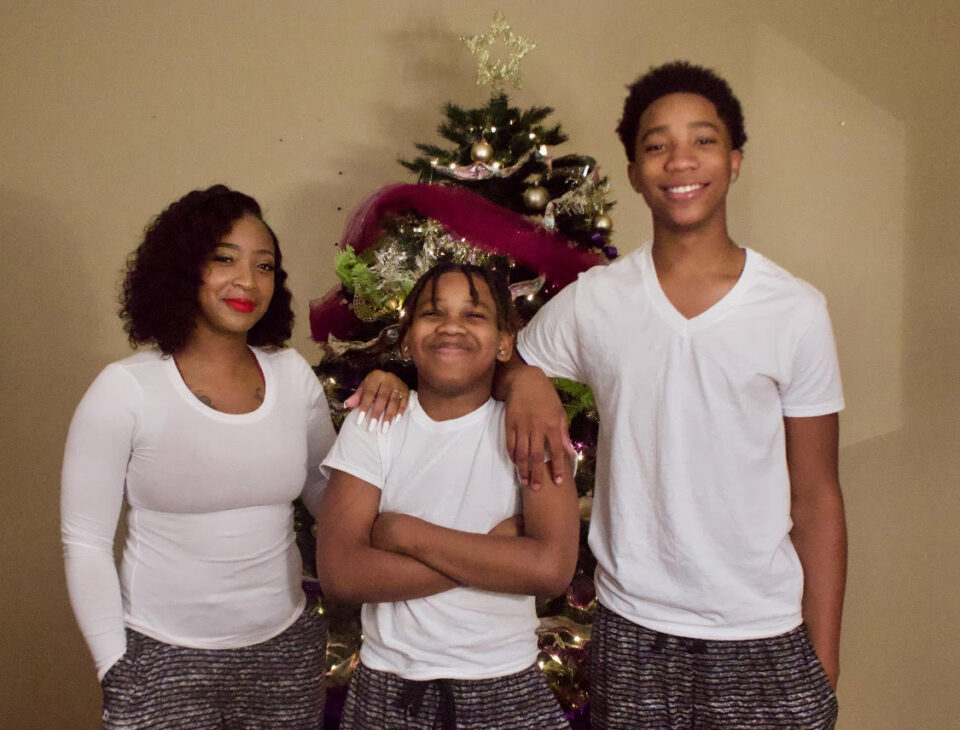 Adrian Hawkins-McDougles (c) and his 16-year-old brother Onterrio were shot May 26 in a drive-by shooting in Jackson, Miss. Adrian was killed in the shooting. (Image: Twitter)

A Mississippi community is mourning the death of a 12-year-old honor roll student who was killed late last month in a drive-by shooting hours after graduating from the sixth grade.

Adrian McDougles’ mother Kyneshia McDougles had begun the process of moving her children from Jackson to Hattiesburg, one of his teachers told KY3 News, but brought him back to the Midtown Public Charter School’s campus on May 26 so he could participate in the school’s graduation ceremony.

However, hours later, the brothers were walking to their grandmother’s house to get batteries for a video game controller when a drive-by shooting left him dead and his brother injured.

“Adrian was good and bright and smart and funny, and he had so much life ahead of him,” Luciana Taylor, one of his teachers at the Mississippi school told KY3. “There’s no telling what he could have become. And just to know that he wouldn’t ever be able to do that is heart-wrenching. It’s devastating. And it’s the part that really hurts the most.”

Taylor added that one of the things she learned about McDougles was his joyful personality and sense of humor.

“Every time the tears tried to fall, I would burst out laughing because I like to think every memory was hilarious,” Taylor added.

On the same day the McDougles brothers were shot, two other children in Jackson, Mississippi were also shot. Last year, 155 people were shot in the city. Death by gunfire has become a daily occurrence in the U.S. On June 1, three mass shootings took place in Tulsa, California and Pennsylvania. So far this year there have been 233 mass shootings in the U.S.

The shootings have led to Jackson City Council members introducing new initiatives to stop shootings, including an ordinance that would hold the parents of a kid who commits a crime with a gun accountable. Ward 2 Councilman Angelique Lee and Ward 3 Councilman Kenneth Stokes have both said publicly that they will support the ordinance.

McDougles’ mother moved the family because she feared for her the safety of her two sons amid a rise in gun violence and violent crime in Jackson.

“We can’t keep running from it,” Kyneshia McDougles, a Mississippi native told NBC News. “You can’t even go to a store without someone standing out there with a gun. I’d get back in my car and go to another store,” Kyneshia McDougles added. “They’re just shooting for no reason, and no one understands why. Then you turn on the news and someone’s dead.”e