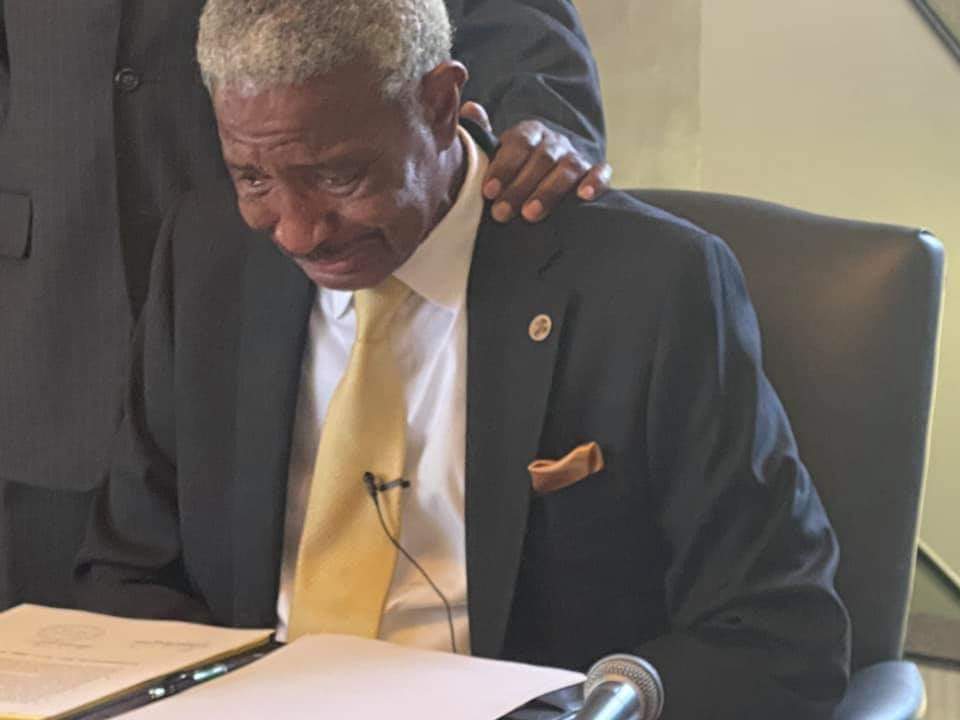 According to WLOX, Magee signed the order June 23 to remove the flag, which has the Confederate emblem on it. Magee, who was born and raised in Laurel, broke down and was unable to speak at times as he signed the legislation.

As he signed the order, Magee said, the flag “shall not be flown at any of the public facilities.” Shortly after the signing, the flag was removed from Laurel City Hall.

“There comes a point in time in the annals of history when it becomes necessary to redefine who a people are, and what a collection of these people represent,” Magee said. “It is the opinion of the mayor of this city that now is such a time.”

Magee, the mayor of Laurel for eight years, said the Mississippi state flag has always reminded him of the state’s racist history. During the 1830s, Mississippi was home to more than 195,000 slaves. Additionally, the state did not submit the required documentation to ratify the Thirteenth Amendment until February 2013.

“It has also been used by some as an image of hatred, divisiveness and violence, none of which in any way represents the ideals and principles of our great nation, our proud state, or our vibrant city,” Magee told reporters.

Magee said the removed flags will be donated to the local library or another agency that will take them. Athletes, celebrities, and politicians in the state have called for the flag to be changed before. However, the Black Lives Matter protests have started new calls for the flag to be discontinued.

The Southeastern Conference which represents 14 colleges in the south, threatened to bar post-season tournaments from being held in the state unless it changed the flag. Mississippi State running back Kylin Hill said on Twitter he would sit out the 2020 season unless the flag was changed.

Mississippi’s Senate and House passed a bill last week removing the emblem from the state flag and Gov. Tate Reeves said he will sign the bill.