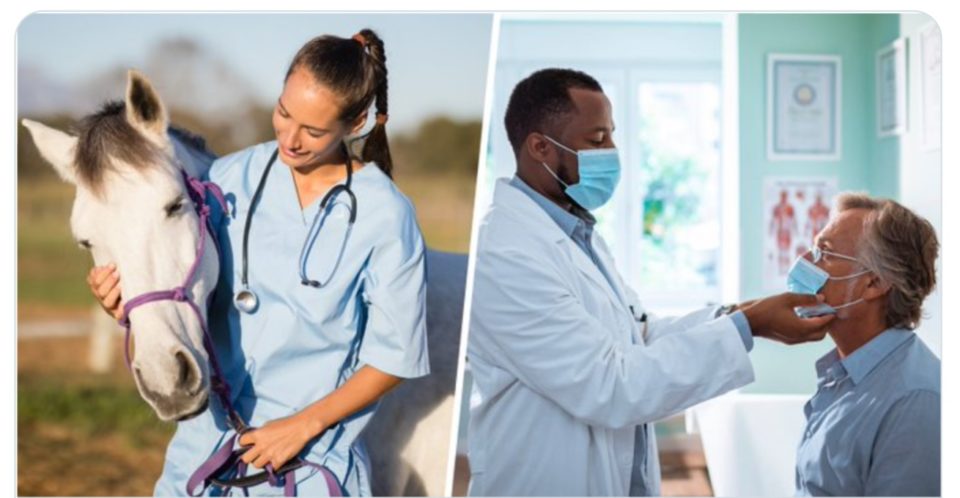 Instead of getting vaccinated, people in Mississippi are taking medicine meant for cows and horses to combat COVD-19.

Now, health officials are being blunt with Mississippians and pleading with them to stop before another health crisis occurs.

The state has issued a warning after receiving an unprecedented number of calls to poison control that involved ingesting the drug ivermectin over the weekend. The department said that at least 70 percent of calls to the state poison control center were related to people who ingested the drug that is not for humans but is formulated to treat parasites in cows and horses.

According to epidemiologists, ingesting the drug is dangerous and can lead to many complications including; vomiting, abdominal pain, neurologic disorder, and severe hepatitis.

The concern has prompted the FDA to also issue a warning. In a tweet the administration says— “You are not a horse. You are not a cow. Seriously, y’all. Stop it.”

The FDA further explained, “Many inactive ingredients found in animal products aren’t evaluated for use in people,” the statement from the agency said. “Or they are included in much greater quantity than those used in people. In some cases, we don’t know how those inactive ingredients will affect how ivermectin is absorbed in the human body.”

According to Dr. Paul Byers, the state’s top epidemiologist, 85 percent of the people calling after using ivermectin had mild symptoms, but at least one person has been hospitalized due to ivermectin toxicity.

The FDA has not approved ivermectin to prevent or treat COVID-19, however, the confusion surrounding the drug stems from knowledge that the drug can reduce the risk of serious illness or death.

Mississippi is already lagging behind the nation when it comes to COVID-19 vaccinations. The state has the second lowest coronavirus vaccination rate, where 36 percent of state’s population have been vaccinated.

More than 7,200 new cases and 56 new deaths were reported in the state on Sunday.