Misty Copeland Brings Her Masterclass to Women of Power! And 5 More Things About Her You Need to Know 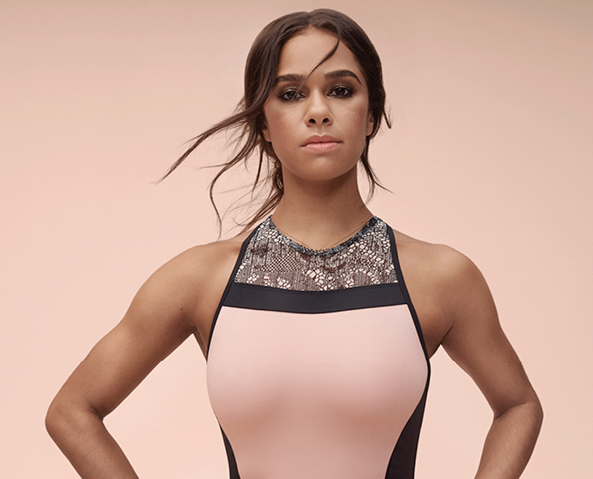 She is among the most photographed, most athletic, most stunningly talented and graceful, gifted, and resilient artists in the world today and Misty Copeland is going to be among the amazing speakers who will grace the stage at the 2020 Women of Power Summit.

The ballerina, known for her pioneering status as the first African American woman in the 75-year-history of the American Ballet Theater (ABT) to be promoted to principal dancer, will be joining us at the Mirage in Las Vegas for an exclusive fireside chat on Friday, March 6.

Not only is she an author (and subject of several books for young girls), she’s an activist for women and girls’ causes, equality, and social justice. Now that you know she’ll be at the Summit (where we hope to see you, too), here are a few things about the phenom named Misty that you didn’t know:

1. Her busine$$ is blooming and constantly re-BOOTing!

She just inked a new deal as a brand ambassador for LG Signature, the electronics company. BTW, did you see her promotion for luxury shoe brand Stuart Weitzman during the holidays? GORGEOUS!

Who’s helping Misty make the deals that have catapulted her from dancer to internationally bankable BRANDMASTER? None other than Gilda Squire, a former literary press agent. Misty was Squire’s very first management client.

3. She’s committed to teaching what she knows

Her online masterclass features her dancing with a black male partner and the instruction encompass dance technique in her class, she teaches mental fortitude and how to handle criticism, tackle fear, and trade self-doubt and self-defeat for self-confidence.

You can see Misty pirouette with a black partner in person next May when ABT launches its first-ever production of Romeo and Juliet where both principal characters are black. Misty’s pairing with ABT soloist Calvin Royal III represents yet another historical landmark in Misty’s groundbreaking career. The show premiers May 27 at the Metropolitan Opera House in New York.

5. She’s adding filmmaker to her résumé

Her production company, Life in Motion Productions, will produce its first film in 2020. Moved and disturbed by homelessness, particularly in Oakland, California, (where her hubby’s family is from), Misty is producing a silent film about the issue. Filming starts next month.