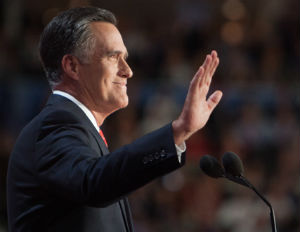 According to Mashable, since losing to President Barack Obama on Tuesday, the GOP candidate has had more thanÂ 55,025 users unlike him at a rate of about 847 an hour.

And Gawker is reporting that a website has been set up called DisappearingRomney.com, where you can watch the rate he’s losing friends in real-time.