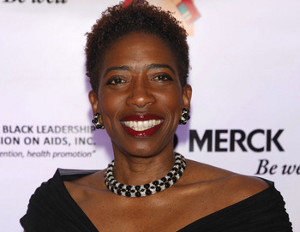 Carla Harris, vice chairman of wealth management and senior client adviser at Morgan Stanley, has been appointed chair of The Executive Leadership Council (ELC), a leading national organization for African-American CEOs, senior executives and board members of Fortune 500 companies. The focus of the organization is the development of global black executives for C-Suites, corporate boards and global enterprises. Her term as chair extends through December 31, 2015.

“After serving as treasurer and vice chair over the past five years, I have a very clear focus on helping the organization and its members expand their influence internationally and increasing representation by minorities and women in corporate C-suites and on corporate boards,” Harris said in a statement. “There have never been so many qualified and capable women and people of color worldwide who are ready to take up the mantle of leadership and guide major enterprises on a successful path toward profitability and social responsibility.”

Harris succeeds Bernard J. Tyson, chairman and CEO of Kaiser Permanente, who chaired the organization from 2011 to 2013. “Under Bernard’s leadership, ELC achieved higher levels of member participation and support, a more focused definition of its strategic goals and the involvement of more corporate CEOs,” added Harris. “As he ascended the ladder of leadership at Kaiser Permanente, he helped guide others on the same path to the C-suite.”

Harris also serves as chair of the Morgan Stanley Foundation and sits on the boards of several community organizations. She began her career with Morgan Stanley in the Mergers & Acquisitions department in 1987.Â  In August 2013, Harris was appointed by President Barack Obama as chair of the National Women’s Business Council.

“I am pleased that Carla will be continuing her important work as Chair of The Executive Leadership Council,” said James Gorman, Chairman and CEO of Morgan Stanley. “The ELC’s mission of increasing representation by minorities in corporate C-suites and on corporate boards is critical to the vitality and competitiveness of our economy.”

“Carla has dedicated many years to assuring the fiscal integrity of The Executive Leadership Council and actively participating in our Foundation programs, sharing her rich executive experience with black managers and executives working to advance their careers,” said Ronald C. Parker, president and CEO of The Executive Leadership Council. “We are honored that she has taken on the additional role of chairing the Council Board of Directors and expect her to have a significant impact on our future success.”