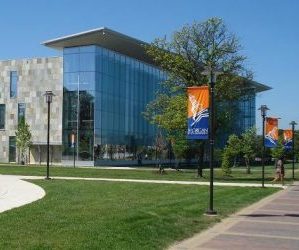 After receiving a firestorm of criticism over the claim thatÂ historically black colleges and universities (HBCUs)Â are an example of “school choice,”Â U.S.Â Secretary of Education Betsy DeVos tried to retrocede her statement in a series of tweets on Tuesday.

The controversy began earlier this week when the Department of Education released aÂ statementÂ praising HBCUs as “pioneers when it comes to school choice.” Shortly thereafter, critics and social media users accused the Republican billionaire of whitewashing the true legacy of HBCUs. In actuality, HBCUs were established as a direct result of American racism and school segregation, which barred black students from attending schools with whites. As a result, African Americans were forced to create alternative schools as theirÂ only choiceÂ forÂ decades.

Later on Tuesday, DeVos seemed to backpedal on her original gaffe in aÂ series of tweets, acknowledging that HBCUs wereÂ not foundedÂ to simply give black students more choices.

DeVos also released a statement at a luncheon, which was held for school presidents at the Library of Congress.

“Bucking that status quo, and providing an alternative option to students denied the right to attend a quality school is the legacy of HBCUs,â€ she said, according to The New York Times. “But, your history was born, not out of mere choice, but out of necessity, in the face of racism and in the aftermath of the Civil War.â€

She added that HBCU’s Â “made higher education accessible to students who otherwise would have been denied the opportunity.â€