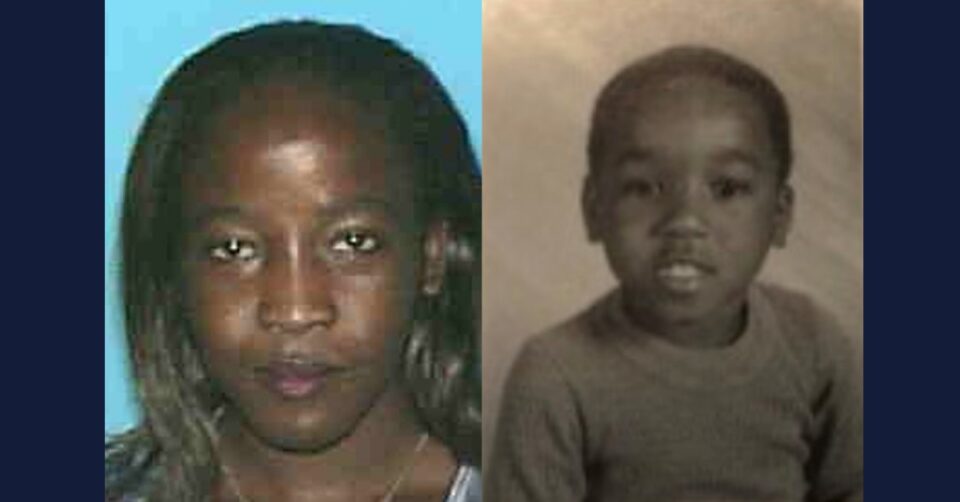 A mother has been arrested and charged with felony murder nearly 24 years after the body of her 6-year-old son was found near a cemetery outside Atlanta.

On Wednesday, Teresa Ann Bailey Black, 45, was charged with two counts of felony murder, two counts of cruelty to children, aggravated assault, and concealing the death of another, Law and Crime reports. She was residing in Phoenix and had to be extradited back to Atlanta where she’s accused of leaving behind her son’s dead body over 20 years ago.

Her arrest is the result of a forensic artist’s rendering of the child, William DaShawn Hamilton, and a tip. Hamilton’s body was found in a wooded area outside Atlanta on Feb. 26, 1999, CBS News reports.

At the time, authorities said the body had been decomposing for about three to six months and his identity remained unknown. Those who knew Black recalled her relocating to Atlanta from Charlotte, North Carolina, in December 1998.

Black returned to Charlotte in late 1999 and gave different stories about Hamilton’s whereabouts. While his body had been found in February 1999, authorities had no way of identifying him and linking him to his mother.

By 2000, the National Center for Missing & Exploited Children (NCMEC) got involved and started providing renderings of the boy and featured the story. In 2019, a forensic artist with the center produced a new rendering of the child featured by news outlets.

In May 2020, a woman by the name of Ava, who knew Black, recognized the boy and contacted authorities. Ava recalls seeing the rendering and instantly becoming emotional.

Authorities collected DNA from Black earlier this year that linked her to the remains.

“For more than two decades, a woman in Charlotte who knew William and his mother followed her gut feeling that something wasn’t right and kept looking for him,” Angeline Hartmann, spokesperson for the NCMEC said.

“We’re grateful she never stopped until she found a rendering of William online and gave investigators the missing piece to help solve this 23-year-old mystery.”