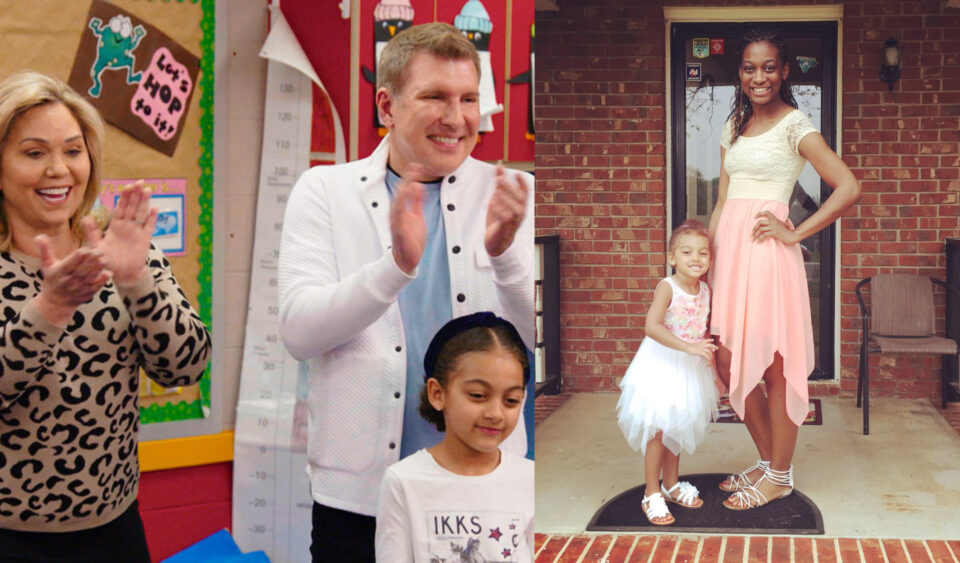 The mother of Todd and Julie Chrisley’s granddaughter Chloe is fighting to regain custody of her child after the reality star couple was sentenced to prison for fraud.

“I want her home,” she said in a tearful video. “She deserves to be home.”

“I’ve held back for so long trying to patiently do it. And I don’t think it’s right for them to pretend that I don’t exist and say ‘Oh we just going to let Savannah get her’… That don’t make sense.”

Johnson shares Chloe with Kyle Chrisley, Todd and Julie’s son, as noted by OK! Magazine. However, in 2016, Kyle lost custody due to his drug addiction.

That resulted in Johnson sharing custody with Todd. But when Johnson was arrested later that same year for allegedly filing a false application for Medicaid assistance, Todd was granted sole custody. But the Chrisley Knows Best stars have since been sentenced to a total of 19 years in prison after they were found guilty of conspiracy to commit bank fraud, bank fraud, tax fraud, and conspiracy to defraud the United States.

Julie was sentenced to seven years in prison, while her husband was issued a 12-year sentence. In response, their daughter Savannah Chrisley claims to have custody of Chloe and her 16-year-old brother, Grayson.

Now Johnson wants to “go back to court to get Chloe back home.”

“I want her home. She deserves to be home…I’m her biological mom,” she said.

“I didn’t walk away from her. I was pushed out of her life.”

Savannah, 25, has opened up about the fractured state of her family as she prepares to care for Chloe, 10, and Grayson.

“[I”m] trying to navigate how you teach two younger children who aren’t fully developed yet and…get them to understand the circumstances,” Savannah said in a podcast.