After His Motherâ€™s Murder, He Still Had an Advocate 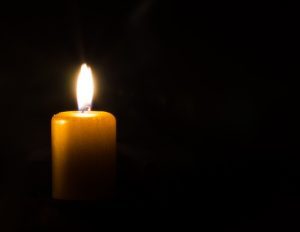 At the first Black Enterprise BE Smart HBCU Summit, we were thrilled to have Shavar Jeffries, president of Democrats for Education Reform, speak on our panel “Financing Your Education: What HBCU Families Need to Know.”

Jeffries is a civil rights lawyer and a graduate of Ivy League schools. What I didn’t know is that his mother was murdered when he was only 10.

Fortunately for Jeffries, his grandmother stepped in and became his advocate. He flourished as a student, escaping the low expectations and demoralization that could have engulfed him. Jeffries recently wrote an impassioned plea for support of the Office of Civil Rights, whose role of advocate on behalf of low-income and other underserved children he cites as critical.

Here’s an excerpt from the Hechinger Report.

The core of the American promise is that all human beings ought to have equal access to prosperity, regardless of race, ethnicity, religion, gender, or other aspects of their identity that might have historically closed the doors of opportunity.

Unsurprising for a nation birthed in slavery and in which women could not vote until 1920, our nation has been in perpetual struggle to deliver upon this promise for all its people. This history has been characterized by ebbs and flows, where periods of progress (like Reconstruction) are followed by periods of retrenchment (like the post-Reconstruction nadir when Jim Crow apartheid took root throughout the South).

For students, the Department of Education’s Office for Civil Rights plays a prominent role in ensuring that all schools receiving federal funds (which include virtually all K-12 public schools and the great majority of the country’s universities, public or private) deliver educational services to young people on a non-discriminatory basis. OCR’s success in fulfilling that mission has fluctuated throughout its history and, with unprecedented gaps in opportunity between the haves and have-nots, it is as important now as at any time in the past. For our children to receive the quality education to which they are entitled, it will be vital that OCR vindicates its responsibility as protector of last resort of students’ civil rights.

OCR is responsible for enforcing several civil rights statutes that entitle students to non-discriminatory treatment. In particular, OCR enforces statutes that prohibit any school receiving federal funds from discriminating against students on the basis of race, sex, disability, or age. This mandate is inseparable from the capacity of public schools to effectively educate students, as students’ learning is invariably compromised to the degree that they are subject to decision-making rooted in stereotypes about their identity, as opposed to their educational needs.