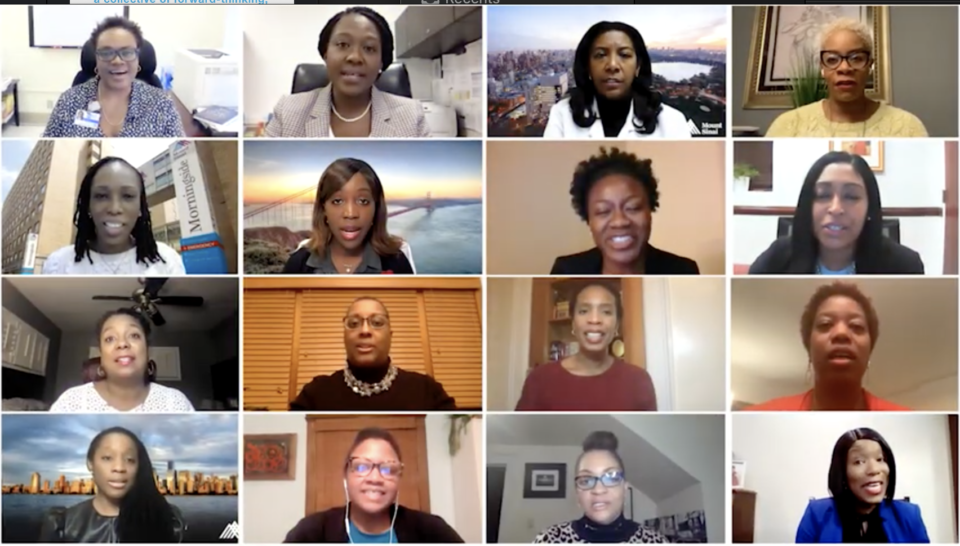 The Mount Sinai Health System has launched an initiative focused on increasing the recruitment and elevation of Black women to leadership roles in healthcare.

The Black Women Leaders Connect program, which was launched by the Mount Sinai’s Office of Diversity and Inclusion, will create a space where Black women can support each other,  become role models and mentors for one another, and drive change in the executive space.

“Several years ago, I realized that many of our Black women leaders across the system did not know one another. From the sheer desire to make connections, ODI started hosting small gatherings after work for senior Black women at the VP administrative level. There were only a few of us at the time. We have since grown to over 30 members. Ultimately, our goal is to position ourselves as the role models, mentors, coaches, and support for Black women across the organization and within our communities,” Pamela Abner,  vice president and chief diversity operations officer for the Mount Sinai Hospitals Group said in a  release.

“By providing mentorship, coaching and encouragement for Black women throughout their career journeys within and beyond Mount Sinai, we are building a network of support and expanding our voice in the organization. Through these efforts, our partnerships within and outside the health system, we seek to increase representation of Black women at the administrative leadership level at Mount Sinai.”

A 2021 study by the Leverage Network researched 623 board members at 41 of the largest organizations between 2016 and 2018. The study found the average board was 87% white and just 13% were people of color. Just 3% were Black women.

Mount Sinai has developed and committed to specific goals for its Black Women Leaders Connect program, including researching, volunteering with, and donating to organizations that are committed to anti-racist causes, building safe and supportive communities for men of color, and voter registration efforts. Another goal will support the efforts and buy from Black-owned , Black woman-owned and minority businesses.

“The leaders we support and put in place today set the vision and pave the way for the leaders of tomorrow, because they are using their voices and their positions to advocate for change, and to inspire or encourage more women of color to claim their seat at the table,” said Abner. “We are proud to have the full support of the Mount Sinai Health System in our efforts because the potential for increased diversity and cultivating an equitable environment will not only transform and enhance an inclusive culture but will also help us to deliver on our mission to provide outstanding care to the diverse communities we serve.”