Move Over Oprah and Jay-Z! The Roots of Black Wealth Run Deeper Than We Ever Dreamed 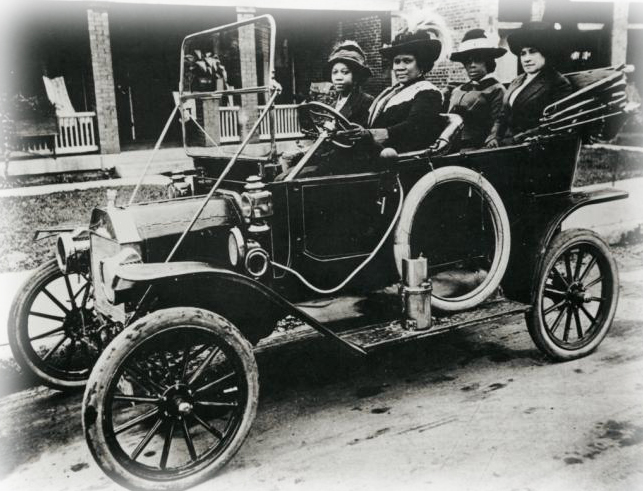 Madame C.J. Walker, of eponymous haircare fame, is a hearty yes, but is that all you’ve got? If so, there’s a good reason for that, according to Shomari Wills, author of the upcoming book, Black Fortunes (Amistad). Walker wasn’t the first black person—or even the first woman of color—to amass a significant fortune. She was the first black millionaire who was bold enough to showcase it. Walker’s lavish lifestyle garnered a level of attention and notoriety that most of her rich predecessors and peers feared, and for good reason. Wealthy blacks were instant targets for violent, racist haters; con artists; and thieves.

If you’re struggling to imagine a class of black millionaires existed at a time when the last generation of those born into slavery was just reaching maturity, you’re not alone. But that’s precisely why Wills chose to excavate this long buried bit of black history.

Mapping the History of Black Wealth

“Black Fortunes is relevant today because it is a story about the quest for and realization of the economic power of African Americans,” says the journalist. “I wanted to push back against the stereotype that African Americans aren’t enterprising or capable of cultivating and wielding financial power.” The book will dramatically expand not only readers’ perception of the post-slavery era but of the very history of black wealth in America.

Wills’s ode to the nation’s first-known, post-slavery titans, a few of whom reside in his own family tree, concentrates on six African Americans who escaped slavery and became millionaires. In the telling, Wills illuminates several other stories of of incredible fortitude, business savvy, and good luck that led to degrees of wealth that would rival the fortunes of today’s most outsized African American successes including Oprah, Jay-Z and Beyoncé.

“The figures I ended up writing about were not just pioneers but some of the most remarkable business people I’ve ever studied,” Wills said in an email answering questions about his upcoming book. “They built their business empires during a time when African Americans faced bondage, discrimination, and disenfranchisement. They didn’t just rise past slavery and servitude but to the highest realms of wealth and influence in society in 19th and early 20th century.”

The history mined in Black Fortunes will come as a revelation to many who will be shocked to learn that there was a black wealth class immediately after slavery. However, Wills grew up with a keen awareness of this piece of history, which most historians have at best ignored.

Yet even Wills didn’t learn the details of how his own ancestors accumulated their wealth until he started researching the book. “It turns out their father, a farmer, was one of the first black men in Virginia to own property,” Wills explains. “He let his sons sell his land when he grew tired of farming. John and Simon Drew then used the money to open businesses around the turn of the century.

“John Drew used his portion to start a bus line in Philadelphia around 1910 and invest in securities. He did well in the bull market of the late 1920s and pulled his money out of the stock market right before the crash in 1929. John walked away with close to a million dollars at the time and, after his windfall, retired and bought a Negro League baseball team.”

Sadly, John Drew ended up losing a good deal of his wealth when the Negro League folded after MLB integrated. “The integration of the major leagues was a great triumph, but also a bit of a tragedy for the Negro League and its black coaches, owners, and executives.”

Black Fortunes is a classic story of black resilience and the determination to upend a racist social order in the most meaningful, quantifiable way, but it’s also a cautionary tale about the unique challenges African Americans face in trying to build and sustain wealth, especially when it comes to passing it from one generation to the next.

Some of the Drew brothers’ remaining money and real estate were inherited by Wills’s mother and aunt, but, the author laments, “it was nothing close to what they had at their peak.”  Noting that since Reconstruction, African Americans have invested more of their net worth in real estate more than any other group, the 2008 financial crisis dealt a critical blow to that tradition and today, black home ownership is at 43%, an all-time low.