Moving On Up: Actress Marla Gibbs Set to Receive Star On Hollywood Walk of Fame 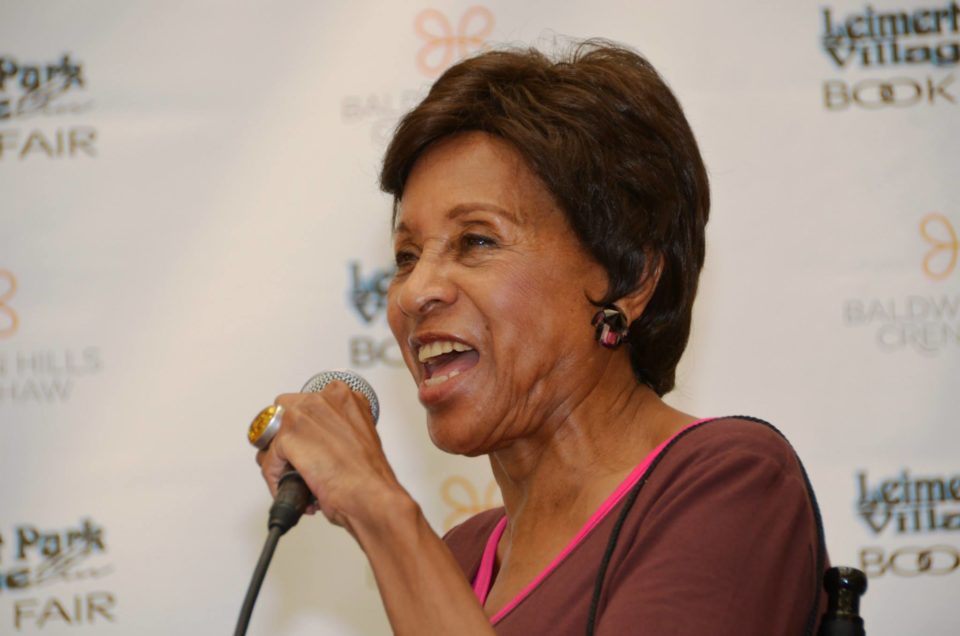 Actress Marla Gibbs is set to receive a star on the Hollywood Walk of Fame this month. Image - Facebook

Marla Gibbs, who is well remembered as George and Louise Jefferson’s feisty maid who shot side-splitting one-liners on The Jefferson’s sitcom, back in the 70s and 80s—is getting a “star on the Hollywood Walk of Fame on Tuesday, July 20,” per a press release.

“The star will be dedicated in the category of Television at 6840 Hollywood Boulevard in front of Jimmy Kimmel Live,” according to the announced details.

Gibbs is a Chicago native who achieved the status of becoming “a five-time Emmy-nominated actress,” per the press release. Acting has been Gibbs’ passion since she was a child, per a Reel Urban News interview. This tidbit partially explains why the acting veteran appears so comfortable on the big screen.

“I’ve always wanted to be an actress. I always loved movies, I kinda lived in the movies. I remember seeing Joan Crawford in ‘Possessed’ and at the end of the movie I couldn’t get on the bus, I had to walk home. I was still in character. Acting has always been a very rewarding experience for me,” Gibbs said.

The icon did not jump into acting immediately. She once worked as “a receptionist and switchboard operator in the Detroit area. Eventually, she secured work with United Airlines,” according to IMDb. Her acting appearance on The Jefferson’s blossomed beyond the initial “one-shot guest role,” according to IMDb. Gibbs is finally getting much-deserved industry recognition.

“I truly appreciate all of your support and love. I do feel celebrated and I’m receiving a star on the Hollywood walk of fame thanks to you.⭐️🎥 July 20th at 11:30am. Special thank you to Hollywood Chamber of commerce, @iamreginaking for working closely with my family to see this through and to the donors that contributed to this great gift. #honored #grateful #marlagibbs #hollywoodwalkoffame #bettywhiteismygirl,” @!marlagibbs4real said on Instagram.