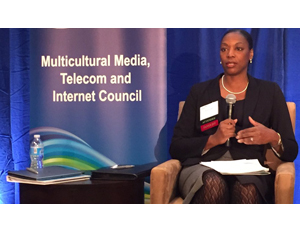 The new Trump-appointed FCC Chairman Ajit Pai kicked off the event at the FCC Commissioners’ Breakfast. He spoke about the FCC’s commitment to closing the digital divide, as well as several new initiatives he is proposing to do, including Gigabit Opportunity Zones.

FCC Commissioners Mignon Clyburn and Michael O’Rielly also led a discussion about the future of the FCC under the Trump administration.

The Summit included a ‘Fintech Empowerment’ forum. The forum featured minority fintech entrepreneurs and thought leaders, who discussed not only launching a successful fintech startup, but the implications of fintech for people of color.

Boston talked about the disruption of the traditional financial services industry by fintech. He called the session with the fintech founders, a celebration of “people of color, who have the audacity and tenacity to own their own fintech companies.â€

The founders spoke on the challenges and rewards of launching their own fintech ventures. A sentiment expressed by all was the need to create financial services that addressed the needs of people of color.

A second session surrounding fintech, ‘Fintech Business Models That Promote Access to Opportunity,’ was an action-oriented discussion of the ways people of color could empower themselves by securing capital for both business and personal purposes through fintech.

You can see a multimedia recap of the MMTC Broadband and Social Justice Summit in this Storify recap.