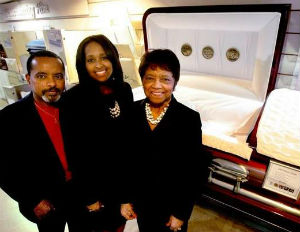 The first black business in Murfreesboro, Tennessee is now entering its fourth generation, according to DNJ.

The Scales and Sons Funeral Home, which was founded in 1916, is one of the most well-known businesses in middle Tennessee.

“Two of Preston’s sons wen into the business, Raymond and Robert W. Scales. Preston Jr. did not,â€ said Bob Scales, who represents the third generation of Scales family members to continue the legacy of the funeral home.

“In those days they accepted cash or chickens, because some people were poor and couldn’t afford to pay for the services another way,â€ he added. “They had to clean out the hearse from where the chickens had been.â€