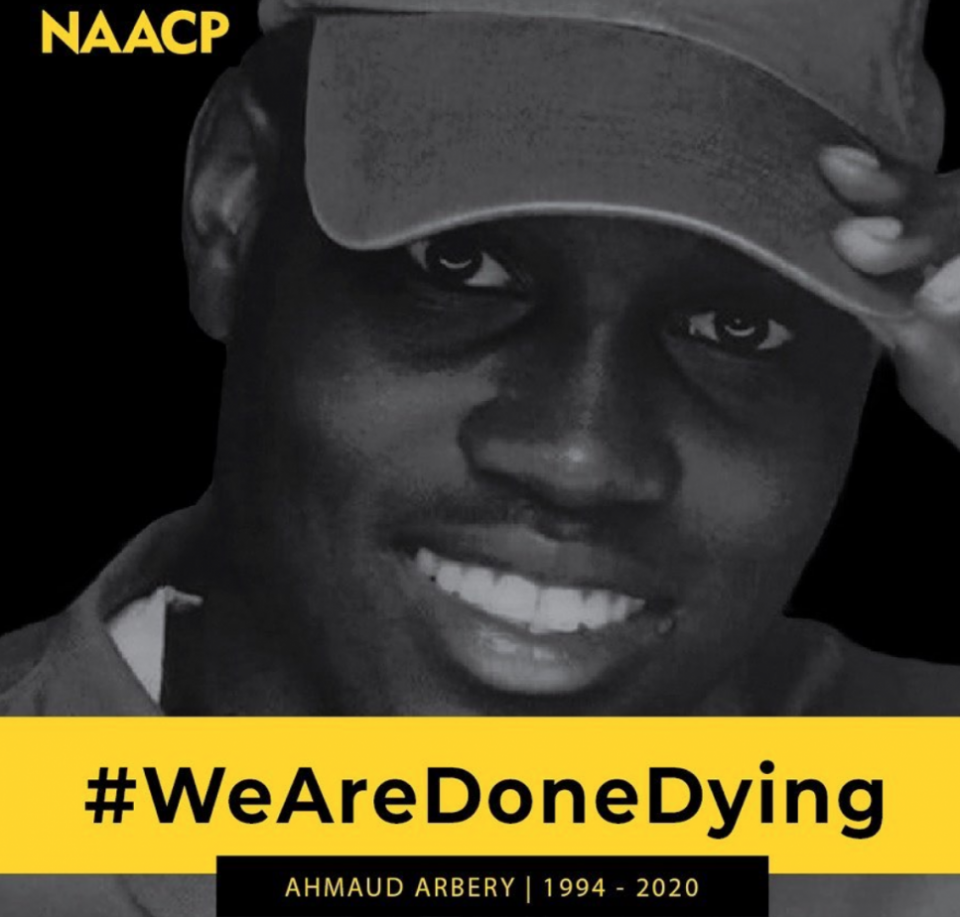 The death of unarmed 25-year-old Ahmaud Arbery, who was shot and killed while jogging in a Georgia neighborhood, has caused a social media firestorm and a public outcry for justice. The public firestorm eventually forced local authorities to investigate the case further, which led to the police department to charge the father and son duo, Gregory and Travis McMichael, two months after the incident. Now the NAACP is holding a call-to-action against police brutality with a platform dedicated to shedding light on current issues plaguing the African American community.

According to data collected by the Giffords Law Center, more than 36,000 people die from gun violence each year. Of this number, black men make 52% of those deaths. Unarmed black civilians are five times more likely to be shot and killed by police.

The “We Are Done Dying” Campaign launched last week with the mission to expose the inequities embedded into the American healthcare system and the country at large ranging from COVID-19 to running to the various violent encounters from law enforcement and white civilians.

“We have to be upfront and honest about these issues and speak to them, because these are experiences African-Americans are experiencing,” said Corey Wiggins, executive director of NAACP Mississippi State Conference to WJTV 12. “This trauma each and every day.”

The campaign will also highlight the NAACP’s policy interests and supported legislation for African Americans and people of color, a large demographic that is often left out of recovery effort conversations. The new digital content will include actionable steps for people to feel empowered by demanding action from their state’s elected officials on issues such as healthcare, education, criminal justice, economic justice, and voting rights.

“With crumbling economic infrastructure, our community members face tough choices as access to food, good jobs, and a quality education slips further away,” said Derrick Johnson, NAACP president and CEO, in a press statement. “These issues are compounded by the lack of strong leadership from the White House. In the absence of adequate guidance, Black lives are adversely affected. We will no longer stand idle as our people suffer discrimination, marginalization, and are offered as disposable for poor decisions by this Administration.”