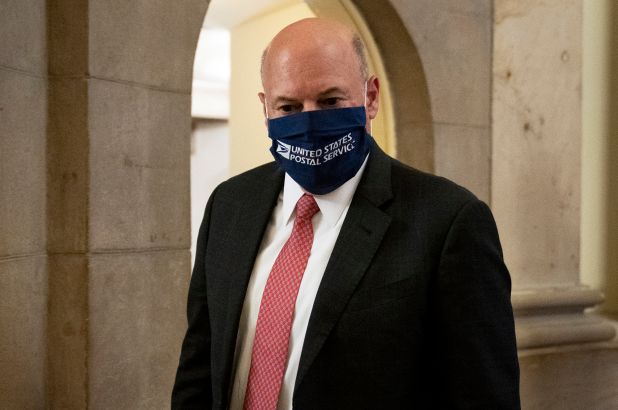 “It goes beyond being disingenuous,” Johnson told The Hill Thursday. “When you take sorting machines out of the post office, that were expressly put in to be rapid sorters to ensure mail is timely, and the rationale is making it quicker, that is lying.”

Johnson believes the changes, outlined in an NAACP lawsuit filed Thursday against the United States Postal Service (USPS) and DeJoy, are a method of voter suppression.

“It is not only seeking to undermine elections and subvert democracy, it is putting people’s lives at risk,” Johnson added.

In their lawsuit, the NAACP alleges the USPS and DeJoy did not follow proper legal procedures when implementing changes to the agency, making the changes illegal. A spokesperson for the USPS referred The Hill to a statement by DeJoy Monday, where he said the service “is ready today to handle whatever volume of election mail it receives this fall.”

DeJoy also announced Tuesday he will back down from making more changes at the agency until after the election, but according to Johnson, the damage has already been done.

“That’s fine, but the changes already made have created harm, so we’re addressing the harm created,” Johnson said.

Johnson told The Hill the situation is twofold: People who depend on the mail for essential items like medicine could suffer from postal delays, and electorally, confidence in the security of voting by mail has been undermined.

“When you cut the hours and ability for overtime for post workers leading into a high-volume season for the election [and] the end result will be mail not delivered in a timely manner, you are seeking to undermine our election,” said Johnson

Johnson also added that voters of color and low-income voters, who are less likely to participate in elections, are more likely to be disenfranchised by actions that undermine trust in voting methods.