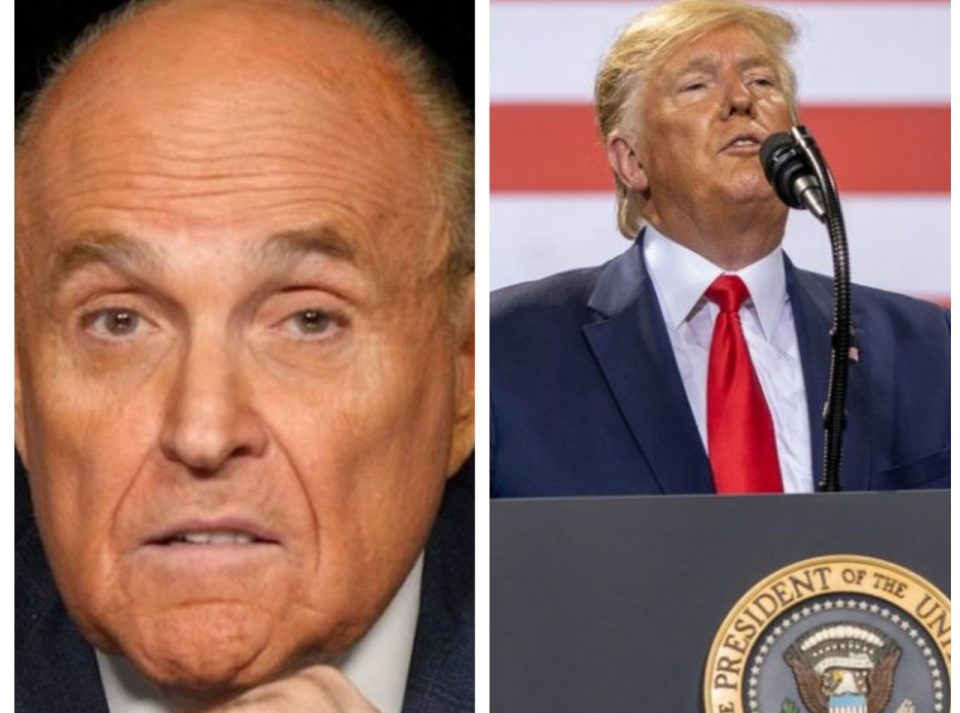 The lawsuit, filed in federal court in Washington D.C., alleges Trump and Giuliani collaborated with the Proud Boys and The Oath Keepers to incite the U.S. Capitol riot on January 6. The riot postponed Congress from certifying the results of the 2020 Presidential Election for several hours.

The suit claims the former president and Giuliani violated the Ku Klux Klan Act, the third law in a series of legislation created by Congress to protect formerly enslaved Black Americans and lawmakers in Congress from white supremacist violence.

Reps. Hank Johnson and Bonnie Watson Coleman (D-NJ) will join the litigation team as plaintiffs, according to Politico.

The suit is largely a response to the Senate acquitting the former President for the second time last week after inciting the riot, which killed five people and injured others. More than 100 individuals, including members of both white supremacist organizations and the U.S. Armed Services, have been arrested and charged since.

Thompson and NAACP President Derrick Johnson said in a release, filing the lawsuit now and holding the former president accountable will prevent another insurrection attempt.

“January 6th was one of the most shameful days in our country’s history, and it was instigated by the President himself. His gleeful support of violent white supremacists led to a breach of the Capitol that put my life, and that of my colleagues, in grave danger,” Thompson said in the release. “It is by the slimmest of luck that the outcome was not deadlier. While the majority of Republicans in the Senate abdicated their responsibility to hold the President accountable, we must hold him accountable for the insurrection that he so blatantly planned.”

It’s no secret that white supremacist groups have been in existence since the country’s founding. However, under Trump, white supremacy was able to leak into the mainstream and Trump has defended their actions at every turn.

Trump, who is now a private citizen, already faces a bevy of litigation related to his properties and taxes and the NAACP’s Johnson said this suit is no different from the others attempting to punish Trump for his actions, which Republicans have been happy to ignore.

“Donald Trump needs to be held accountable for deliberately inciting and colluding with white supremacists to stage a coup, in his continuing efforts to disenfranchise African-American voters,” the NAACP’s Johnson said. “The insurrection was the culmination of a carefully orchestrated, months-long plan to destroy democracy, to block the results of a fair and democratic election, and to disenfranchise hundreds of thousands of African-American voters who cast valid ballots.”