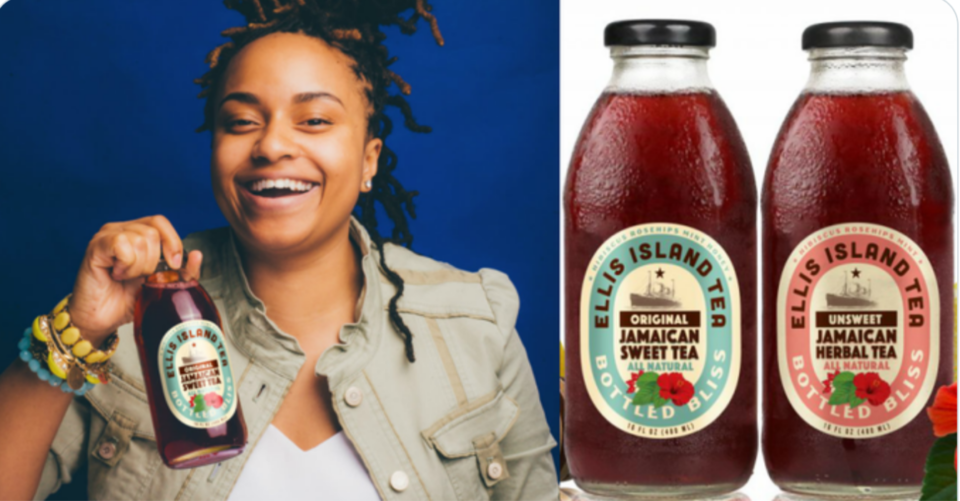 Nearly 10 years after dropping out of college to launch her beverage company, Nailah Ellis-Brown is making history by running one of the largest Black-owned beverage company.

Years after launching Ellis Island Tea from her parent’s basement and landing the homemade product in Whole Foods locations across the mid-West, Ellis-Brown credits her hometown of Detroit with her company’s success.

“Growing up in Detroit, I knew nothing was going to be handed to me. I expected doors to be closed and knew I would need to work hard and never take ‘no’ for an answer,” she said. “I’ve heard ‘no,’ but I haven’t let that stand in my way. There is always a way forward,” she said previously.

The recipe behind Ellis Island Tea comes from her great-grandfather, who immigrated to America from Jamaica by way of Ellis Island. The family’s last name and the history of their journey to America add to the special meaning behind the company’s name.

“Ellis Island Tea is the perfect party beverage for summer celebrations, backyard barbecues, or holiday festivities. It is an antioxidant-rich, beautiful red tea with a smooth, exotic flavor. It offers iced tea lovers a fresh, innovative beverage made from all-natural ingredients,” she said.

Now a resident of Atlanta, Ellis-Brown still runs her business out of Detroit to help pay it forward to the city that raised her.

Today, Ellis-Brown is one of the largest woman-owned beverage companies in the U.S and one of the few—if not only—Black women to own a manufacturing plant. Ellis Isle remains on the cutting edge of innovation in the beverage industry. Her newest product, Wet Shuga, uses cold-pressed cane juice as a sweetener. The cold-pressed juice is not only a healthier alternative to the standard sugar, but it also offers the company an opportunity to engage the cane industry and its under-resourced farmers—a passion of Ellis-Brown’s.

Ellis Island Tea is now sold in every Target location in the country, and Ellis-Brown couldn’t be happier to run one of the largest Black-owned beverage company in the states.