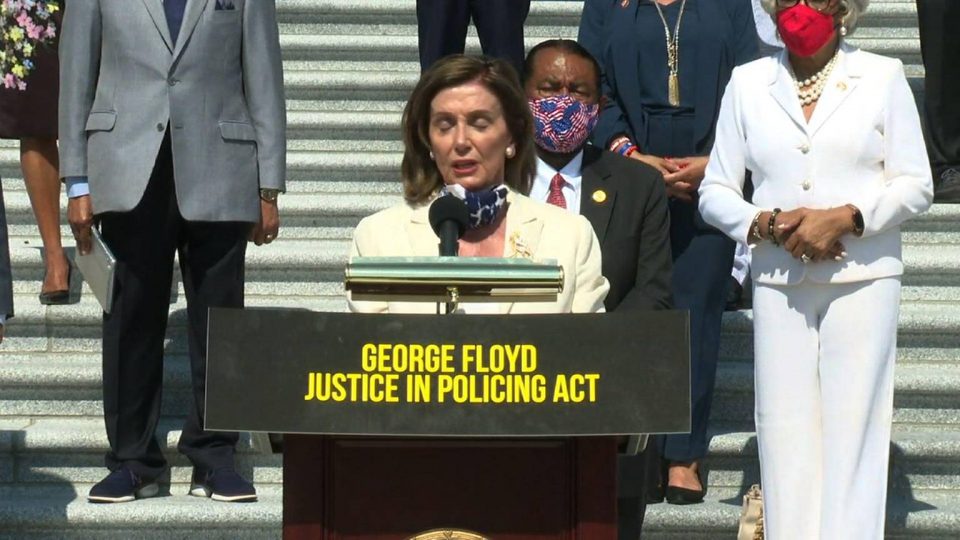 House Speaker Nancy Pelosi said Thursday President Donald Trump has sunk so low that Democratic nominee Joe Biden should not “legitimize” him by debating him.

Biden has already committed to three presidential debates, but Pelosi told reporters that there shouldn’t be any debates.

“I wouldn’t legitimize a conversation with him, nor a debate in terms of the presidency of the United States,” she said, though she acknowledged that the Biden campaign has a different view on the debates. Pelosi called Trump’s conduct during his 2016 debates with Democratic nominee Hillary Clinton “disgraceful.”

Pelosi went on to say she did not think “the president of the United States has comported himself in a way that anybody should, and has any association with truth, evidence, data, and facts” As a result, any debate with him would just be an “exercise in skullduggery.”

The 2016 debates had several strange moments, with Trump calling Clinton a “nasty woman” in the final debate and leering behind her in another debate in a moment Clinton said made her skin crawl.

Biden campaign spokesman Andrew Bates said the Democratic contender has committed to the debates and will take part. Bates added he would “certainly agree with Speaker Pelosi on her view of the president’s behavior, but just as she has confronted the president, Joe Biden looks forward to doing the same on the debate stage.”

When asked about Pelosi’s comment later Thursday, Biden told reporters “as long as the (Commission on Presidential Debates) continues down the straight and narrow as they have, I’m going to debate him.”

“I’m gonna be a fact-checker on the floor when I’m debating him,” Biden added.

Joe Biden's not going to leave his basement for the debates. We've set this out as a possibility for some time now, but this is a pretty clear indication he will remain in hiding until Election Day. Americans deserve better than #HidenBiden. https://t.co/0uyRfgG8Oo

Republican Chairwoman Ronna McDaniel tweeted Biden had “no business being President” if he could not debate Trump.

The first debate is scheduled for September 29, to be hosted by Case Western Reserve University and Cleveland Clinic in Cleveland, Ohio. The Trump campaign requested a fourth debate be added or for the third debate be moved up to address an expected surge in early voting, but the request was denied by the Commission on Presidential Debates.

According to the commission, televised debates have been held before every presidential election since 1976.