Nas and His Father Bridge 'The Gap' in New Ad 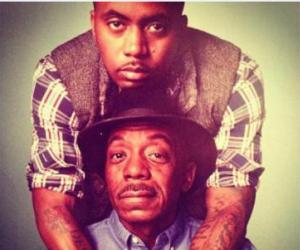 Legendary rapper Nas makes an apperance with his father, jazz musician Olu Dara, in the 2012 holiday campaign for The Gap.

The campaign, titled, “Love Comes In Every Shadeâ€ features Nas and Olu Dara in the “Fatherly Loveâ€ advertisement. Other ads star Michael J. Fox and the vast of NBC’s The New Normal.

This is Nas and Olu Dara’s second collaboration following their 2004 hit, ‘Bridging The Gap,’ on Nas’ Street’s Disciple album.

Read about it on Necole Bitchie