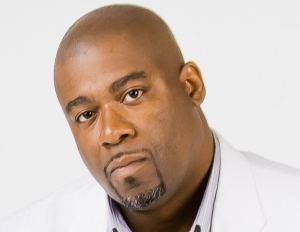 In the world of sports, blacks are in abundance on the field and on the court, but when it comes to management, ownership and representation, the numbers fall off drastically. You would think that in this day and age, black players would feel comfortable being represented by other blacks, but sadly, it isn’t so.

Sports agent, Nate McCray, wants to help change the perception that blacks are only good for playing and not successful off the field. This is what makes him work three times harder than his white counterparts to represent his client to the best of his ability to help sustain a successful career on and off the field.

BlackEnterprise.com got a chance to speak to McCray as he expresses what makes him go and his desire to get his clients to see the big picture and focus on what really matters in terms of life as opposed to bling-bling and purchasing the latest automobile.

BlackEnterprise.com: What made you decide to pursue a career as a sports agent, especially since there isn’t a large number of black sports agents?

I have a tenacious passion for sports. It’s in my blood. I wanted to pursue a profession that I cherished, but also fulfilled my professional career needs and having the opportunity to becoming a sports agent is something that was on the next level for me. My specialty has allowed me to spearhead the launch and development of legacies of professional athletes, and I am proud of that. Being an African American sports agent to me is a gift and curse.Â  The gift is that we are looked at as being unique, due to the fact of there not being many of us in the industry. The curse is that we are heavily scrutinized more than other agents who are not of color, which means we have to work three times as hard to not only sign a new client, but retain that individual as a client through the long term. It’s troubling to witness African American athletes snub their noses at African American agents, while that same athlete is being preyed on and taken advantage of by the larger agencies, predominately run by white executives who feed a long list of pipe dreams that may never come. It’s sending the wrong message of we can run fast, run with the ball for a touchdown, but not qualified enough to run the business affairs.

Although people know that there are sports agents, a lot are not sure of what they do. Could you briefly tell us what are the duties of a reputable sports agent?

Being a reputable sports agent involves a lot of moving parts in regards to my responsibilities. I don’t just negotiate contracts for my clients. I am also responsible for increasing their marketability and branding. I help with educating them on the detailed complexities of the business so that they are not taken advantage of. It involves wearing many hats — one day you’re the chief negotiator, the next you’re the personal assistant as you make travel arrangements for a tryout. Another day, you’re the attentive big brother, lending a supportive ear to your client as they vent. I provide a legitimate 24-hour full service management style of my client’s career. Anything less is a disservice to the client.

What skills are necessary to become a sports agent and what separates you from other agents?

It is a must to have experience with negotiating contracts. You also should be experienced with scouting great talent, with the ability to differentiate the average athletes from the elite “Aâ€ players. What separates me from my competition is that I understand what it takes to be that authentic, knuckles to the pavement, hungry agent that can introduce that diamond in the rough “Aâ€ player to above average opportunities that provide the career development, for the long- term maximum value. For example, I just signed a player by the name of Quinton Wood, a Division II All-American who has sparked some interest from overseas teams in Poland and the Czech Republic, but he wants to play in the National Basketball Association (NBA). I want to make sure that we cover all of our avenues, so I am sending him to the NBA D-League National Combine next month in New York so that he can get some quality looks from NBA and D-League brass at the next level.

What is your background prior to becoming a sports agent?

Before becoming a sports agent, I served seven years on active duty in the United States Navy, seeing one tour in the Persian Gulf War. Afterwards, I made the transition into the corporate sector as a business development manager where I spearheaded the negotiations of multimillion-dollar automotive engineering consulting projects with the Big Three.

What are some of the difficulties you encounter in your position?

One of the biggest difficulties in my role is getting the young generation of players that I recruit out of college to see the big picture and focus on career development, financial security, retirement annuity programs and positive brand marketing, versus bling-bling, and purchasing the latest automobile. It makes it especially tough when you have the unethical agents out there who pay players to sign with them, or even embezzle money from their clients. My goal every recruiting season is to make each prospective client aware of the benefits of retaining my services for representation. I give the prospects the facts. I tell them to investigate online, who didn’t file Denver Broncos Elvis Dumervil’s contract extension on time. Do your research on the name of the agent who mishandled the financial dealings of Terrell Owens. Do your research on which agencies the leagues are investigating for improper business dealings.

You have a firm, Dynasty Sports Management, how did you go about starting the company and how are you building it and what does it specifically do?

I officially launched Dynasty Sports Management in 2008 with $1,500 dollars that I had in my savings account. Those funds helped pay for my NBA certification and my business license. A month after launching the firm, I signed my first client, former Syracuse Orange Josh Pace to my label. Josh played on the 2003 National Championship team with Carmelo Anthony and Hakim Warrick. Pace has had a very successful career playing in Europe, New Zealand, and Australia and he is still playing professionally today. As for DSM, the firm is a premier full service agency with over 275 networking connections globally and we provide not only contract negotiation services, but also engage in helping players establish financial security, endorsement deal securement, public and media relations, community connection, and post-career preparations.

How do you give back to the community?

I’m pretty in-tuned within the community. Last month, I teamed up with several Detroit Lions who took part in the Â third annual Playworks Get In The Game Luncheon. I loved donating my time, playing various games with the kids and interacting with them. You could tell that they really appreciated the interaction with us. In the past, I’ve also given services to the Michigan chapter of the National Multiple Sclerosis Society, the Cholera epidemic, and a community-based juvenile diversion workshop called Rescue My Son.

Do you have any other ventures or anything else you plan on doing outside of DSM?

We’re testing the waters with a radio sports talk venture called “What’s The Scoop Sports Talk.â€ I launched a prototype version the summer of 2010 with Salem Communications Detroit radio station 1400AM WDTK. Â  wanted to get the feel of the concept. It’s something that we will continue to monitor in the future.

What is in the future for Nate McCray?

The future for Nate McCray looks bright. In July, I will be going to Washington, to take the NFL agent exam so that I can obtain my NFL certification. This will allow DSM to continue to display diversity in the industry. I am pretty optimistic that we will be in the position to officially launch a much larger football, coaching and media roster of clients over the next year.