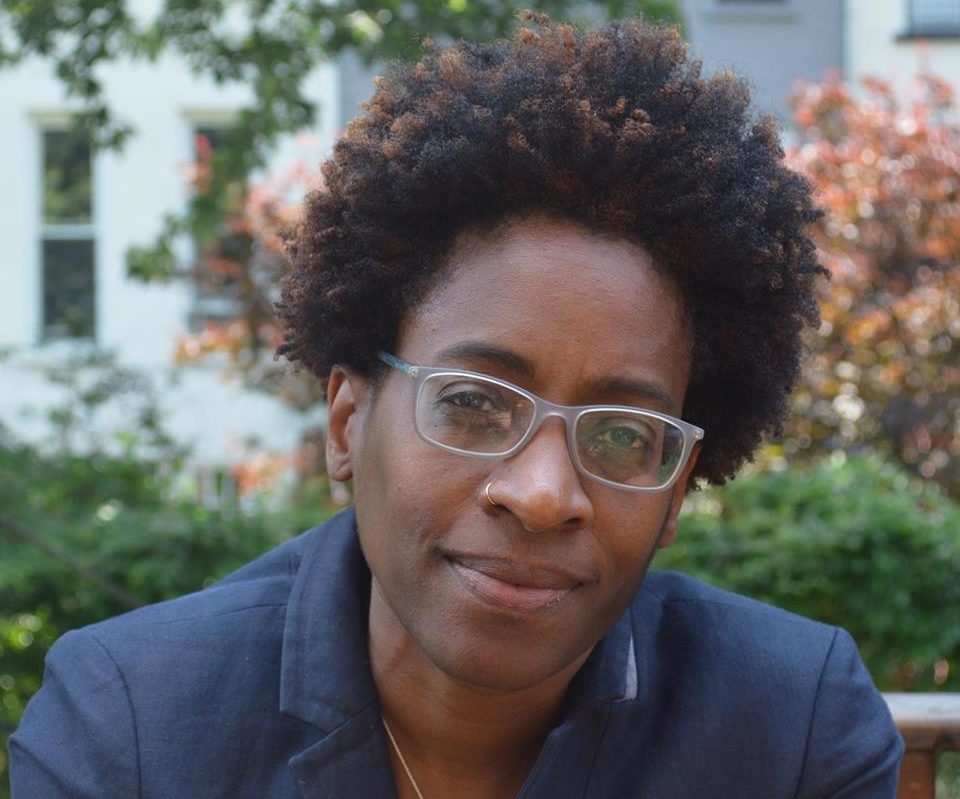 Author Jacqueline Woodson, winner of the National Book Award and four Newbery Honors, has been selected as the sixth National Ambassador for Young People’s Literature.

That’s according to Publisher’s Weekly, the publication that covers the book publishing industry. Woodson replaces Gene Luen Yang, whom I’ve written about before.

Not Giving No for an Answer

Carla Hayden, the Librarian of Congress appointed by President Obama, selected Woodson based on recommendations from experts in children’s literature. Yang, a friend of Woodson’s, also played a role.

According to PW, Woodson needed some persuading. She didn’t see herself as Ambassador. But Yang told her that Hayden wanted her to do it.

“…OK, if Carla Hayden is asking me to do this, I’m not saying no to it,” Woodson is quoted as saying in the article. “I think you are often called to do the work you’re not quite ready to do or willing to do. And for me, that’s a sign that I need to push through and do the work that’s needed.”

“I definitely believe that reading can change us and shape us in so many ways, and through it we can be exposed to people and places and ideas that we might not otherwise come across or confront in real life,” she says.

“A platform about the importance of reading and having conversations across the lines of books is really important to me.”

Woodson says she’s noticed that kids are getting labeled as readers—a practice she deems regrettable.

“Young people are getting labeled ‘reluctant reader,’ or ‘advanced reader,’ and the labels in front of their names begin to try to tell them who they are.

“I would like to see less of that and more of just kids who read—just so long as they can have conversations and have a deep understanding of and a deep love for what they’re reading.”

Woodson also says that one of her goals is to visit traditionally underserved areas of the country.

“My family and I are going to the opening of the Equal Justice Initiative’s Legacy Museum and National Memorial for Peace and Justice in Alabama this spring. I’m going to stay and try to visit some schools in Alabama and Mississippi, in some of the places where they don’t get to meet writers or ambassadors every day.”

She also intends to visit juvenile detention centers to help young people there tell their stories.