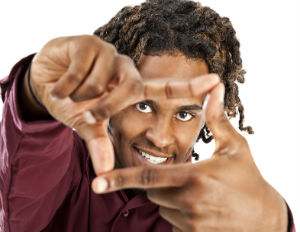 The arts are all around us, enhancing our lives in ways both subtle and obvious, expected and unexpected. The National Black Programming Consortium, the Harlem-based national media arts organization bringing quality stories about the black experience to the public airwaves and Internet, has won two National Endowment for the Arts Art Works grants. NBPC will be awarded a total of $85,000 for its signature public television series AfroPoP: The Ultimate Cultural Exchange and 360 Incubator and Fund for serial broadcast and Web series.

The NBPC grants are among $82 million in funding approved by National Endowment for the Arts Chairman Jane Chu for local arts projects and partnerships as a part of the NEA’s second major funding announcement for fiscal year 2016. The Art Works category supports the creation of work and presentation of both new and existing work, lifelong learning in the arts and public engagement with the arts through 13 arts disciplines or fields.

“For five consecutive years, the National Endowment for the Arts has helped us to produce the popular AfroPoP series and now they are supporting our 360 Incubator and Fund to help bring even more innovative stories to the fore,â€ said NBPC Executive Director Leslie Fields-Cruz. “The NEA is continuing to demonstrate a commitment to inclusion in the arts that ensures Americans can enjoy the richest possible American arts experience.â€

AfroPoP: The Ultimate Cultural Exchange is the nation’s only public television series of documentaries on contemporary art, life, and culture across the African diaspora. The series has broadcast more than 42 documentaries over eight years. AfroPoP has also featured short Web serial content. Hosts of the series have included Idris Elba, Anika Noni Rose, Gabourey Sidibe, and Jussie Smollett.

NBPC’s 360 Incubator and Fund presents between $50,000 and $150,000 to producers and filmmakers to produce pilots for broadcast and Web series as well as transmedia projects. Now in its sophomore year, the program aims to harvest and pipeline nonfiction, multipart (two to three parts) programs about the black experience.

The inaugural year winners named in 2015 have begun to come to market. My Africa Is by Nosarieme Garrick and Hassatou Diallo, which shares untold stories from the African continent, aired this February as a part of AfroPoP. The scripted Web series Pixie Dust by Damon Colquhoun, a sci-fi take on mental illness, and the documentary Web series POPS + Life by Garland McLaurin, a humorous, enlightening exploration of black fatherhood, will premiere online this summer and fall respectively.