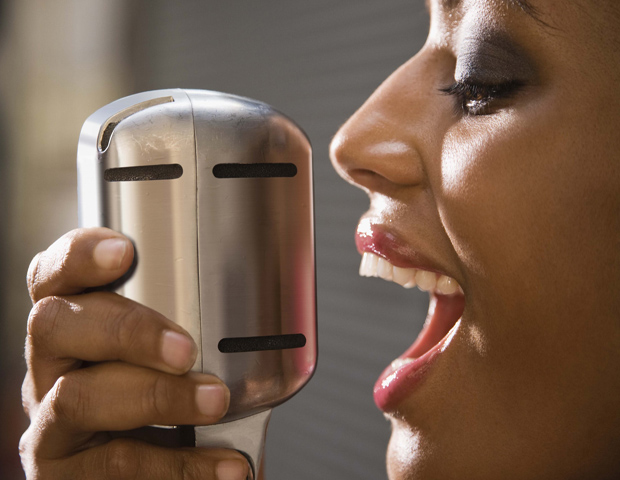 It’s theÂ 20th Anniversary of National Poetry Month, and if you’re a fan of today’s most popularÂ hip-hop artists—from Kendrick Lamar’s award-winning wordplay about blackÂ incarceration to Nicki Minaj’s slick and raunchy punchlines—you’ve been exposed to the centuries-old genre.

Everyday poets are finding ways not only to exhibit their craft, but monetize it via publishing deals, higher education and even banking thousandsÂ of dollars partnering with corporations for fun events for lovers of the art.

Besides your usual rap stars, here are five rocking young black poets who are doing just that:

STACEYANN CHIN:Â A performing artist and LGBT activist, Chin’s credits includeÂ The New York Times, Washington Post, and the Pittsburgh Daily, and beingÂ featured on 60 Minutes and The Oprah Winfrey Show. She also co-wrote the Tony-nominated Def Poetry Jam on Broadway and has written several works including Wildcat Woman, Stories Surrounding My Coming, as well as her autobiographical novel, The Other Side of Paradise: A Memoir.

DANEZ SMITH:Â This spoken word artist and writer’sÂ first claim to fame was for hisÂ thought-provoking poem, Twerking as a Radical Act of Healing. His works address social issues, fromÂ black identity toÂ racism to sexuality, and his animated style of performance and wordplay often gets him standing ovations.Â He is the author of Boy and the chapbook Hands on Ya Knees. He has won slams and awards including Individual Champion at the Rustbelt Regional Poetry Slam, the Lambda Literary Award, and the Kate Tufts Discovery Award.

AJA MONET:Â She’s been described as the “true definition of an artistâ€ by Harry Belafonte and has become aÂ renowned poet, educator, and human rights activist. TheÂ youngest person to win the legendary Nuyorican Poet’s CafÃ© Grand Slam title, she has performed at the NAACP’s Barack Obama Inaugural event, and has been named “One To Watchâ€ by the YWCA. She serves as Teaching Artist for Urban Word NYC, inspiringÂ inner-city kids with the power of poetry. She’s also worked with theÂ Urban Arts Partnership.

ALYSIA HARRIS:Â She received widespreadÂ acclaimÂ for herÂ performance That Girl on HBO’s Brave New Voices, and is a captivatingÂ member of The Strivers Row, a spoken word collective. She also launched the successful MOMMA atlas poetry tour with lyricistÂ Jasmine Mans. An international performer, she has appeared at the United Nations and in Canada, South Africa, and the U.K. Her accolades include being a Cave Canem fellow and a winner of the Stephen Dunn Poetry Prize, and her poetry has appeared inÂ publications includingÂ Catch & Release, Columbia’s Journal of Literature and Art, Solstice Literary Magazine, and Vinyl Magazine.