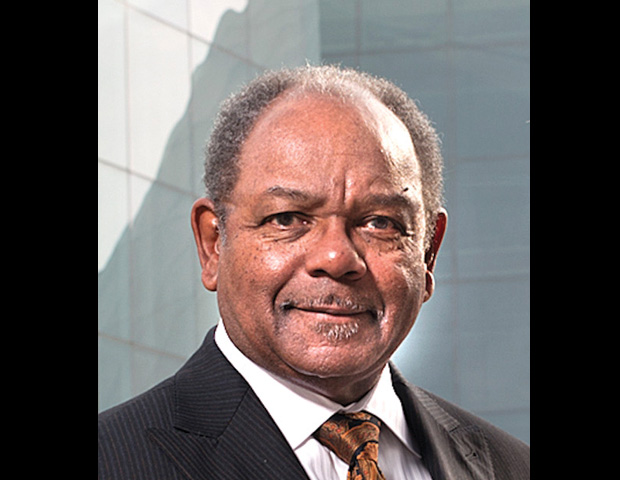 Eddie C. Brown, an electrical engineer, ace stock picker, and renowned investment manager who built Brown Capital Management L.L.C. (No. 2 on the BE ASSET MANAGERS list with $9.7 billion in assets under management), loves Baltimore, his adopted hometown, and has used his success to support its children, schools, the arts, and the most needy.

Earlier this year, the Baltimore Museum of Art (BMA) announced that Brown, and his wife C. Sylvia Brown, had given $3.5 million to endow the position of chief curator. ArtForum magazine says, that the Eddie C. and C. Sylvia Brown Chief Curator position is “one of the few curatorial positions in the United States named for an African American couple.”

In 2018, Asma Naeem, from Pakistan originally, was appointed the BMA’s chief curator. Brown told The New York Times that he and his wife, “see this endowment for chief curator as being a very significant statement, especially naming a person of color.”

Born to a teenage mother in poor rural Florida, Eddie Brown has never forgotten that those that do well are also able to do much good.

Brown earned received his BS in electrical engineering from Howard University, an MS in electrical engineering from New York University, and an M.B.A. from Indiana University Kelley School of Business. Sylvia Brown, who has a master’s degree in health education, is on the Advisory Board of the Johns Hopkins Bloomberg School of Public Health. The couple became active at the BMA in 1997 and each has served the museum as a trustee. They are BMA serial benefactors and made a $150,000 challenge gift to found the BMA’s Collectors Circle Fund for Art by African Americans. They also supported the BMA’s 2012 re-installation of its Contemporary Wing.

Philanthropic Impact on The Community

Through the Eddie C. and C. Sylvia Brown Family Foundation, the couple supports charitable groups addressing needs, in Baltimore, in the areas of health, the arts, and K-12 education.

In Healthcare, the Browns:

Darriel Harris, a current Brown Community Health Scholar, told a Bloomberg School news service that his benefactors are his role models. “Eddie Brown was an engineer like me. He went to an HBCU like I did [Harris received a  BS in Engineering from Historically-black Morgan State University], and we both … left engineering at a time when it was risky to do so. I get a lot of inspiration from him and Sylvia Brown, also.”

In education, the Browns:

In the Arts, the Browns have supported:

This article was originally published in the STEM Rules newsletter.