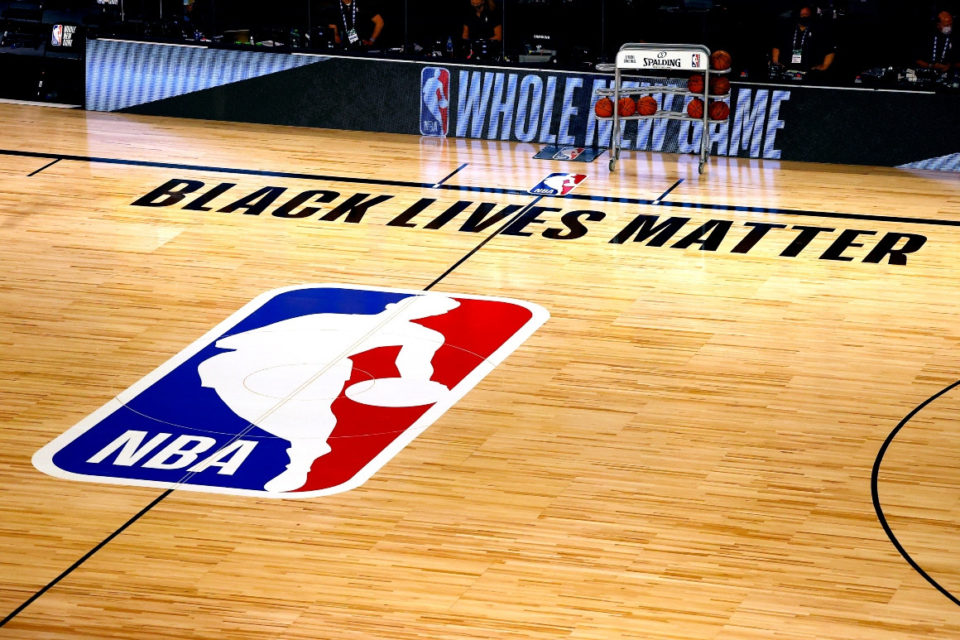 The NBA Foundation has announced a second grant of $3 million to for Black communities. Image: Twitter/@Politico

Cryptocurrency is coming to the NBA!

The deal signifies the first cryptocurrency platform partnership for each league. The agreement will incorporate unique content, innovations, activations, and experiences from Coinbase to help educate basketball fans on the increasing progress that is taking place across the crypto economy.

This is the NBA’s 75th Anniversary season, and Coinbase will be featured prominently throughout the season as they will be highlighted during nationally televised games. Coinbase has also signed on to become the presenting partner of the WNBA Commissioner’s Cup and the USA Basketball men’s and women’s national team exhibition tours. The company is also a partner of NBA G League Ignite.

“As a trusted cryptocurrency platform used by millions, Coinbase is a natural fit as the NBA’s first-ever partner in this thriving category,” said Kerry Tatlock, senior vice president, Global Marketing Partnerships and Media, NBA, in a written statement. “We look forward to collaborating with Coinbase to provide fans with new ways to engage with the league and each other, while also enhancing the experience for fans who are already Coinbase users.”

Coinbase has recently announced a new partnership with UnitedMasters that will give independent artists the ability to be paid in cryptocurrency through Coinbase’s new payroll product.

NBA Africa announced that it would pay tribute to the NBA’s most iconic players, moments, and events throughout the NBA’s long, storied history in Africa. The tribute will include Houston Rockets Legend Hakeem Olajuwon (Nigeria) becoming the first African player drafted No. 1 overall in 1984; the launch of Basketball Without Borders (BWB) Africa in 2003; the opening of the NBA Africa headquarters in South Africa in 2010; the first NBA game in Africa in 2015; the launch of the Basketball Africa League (BAL) this year; and more. NBA Africa fans will get the chance to rank their top 20 moments later this season.