Isaiah Austin Offered NBA Job Once He Gets His Degree 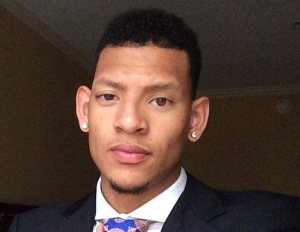 According to Bleacher Report, former Baylor basketball star Isaiah Austin has been offered a job with the NBA after he gets his college degree. Austin, a promising NBA player, found out right before the draft, that he has Marfan syndrome and would be unable to fulfill his dream of playing in the NBA.

As a gesture, NBA Commissioner Adam Silver made Austin an honorary selection of the recent draft. He’s currently doing some work with the NBA Cares program.

Although the offer from the NBA is a good one, he may still decide to go in another direction career-wise. He says, “I never really thought of coaching but I always knew that I still wanted to be a part of the game somehow or some way, whether it was creating a foundation for the young kids and still being around the game or even having my own basketball camp one day. I am taking this into consideration because it is going to be a great opportunity for me.”