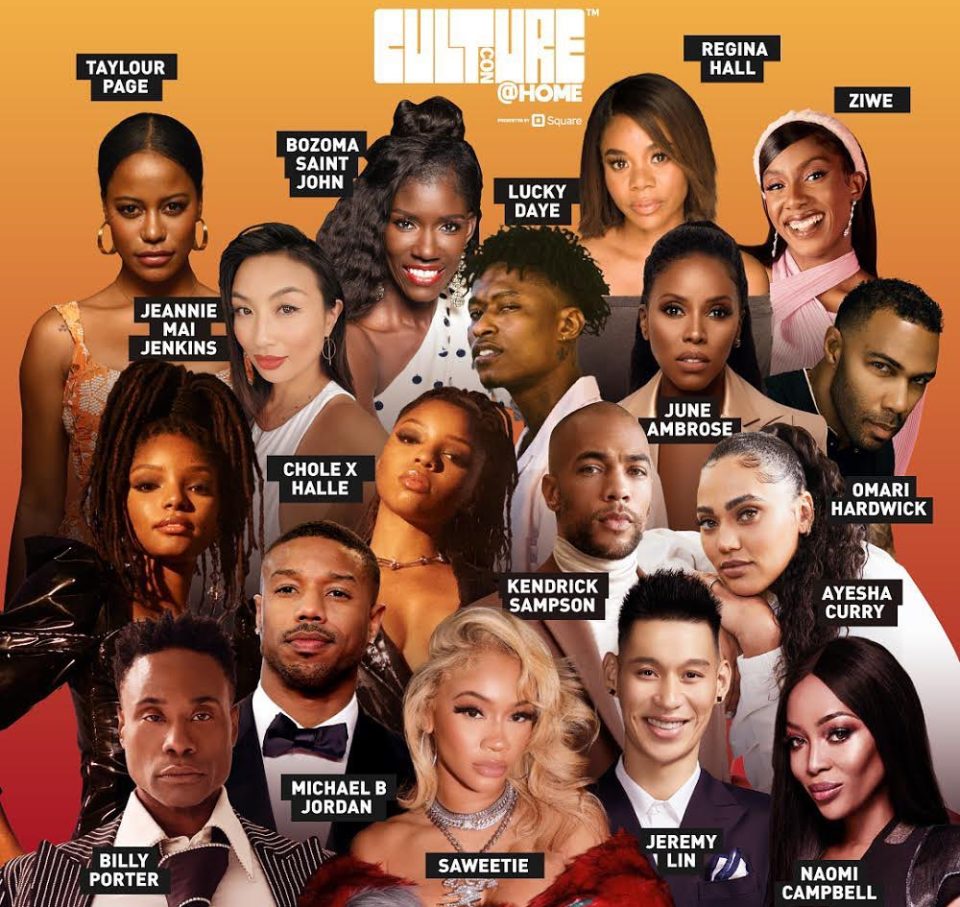 A star-studded lineup of entertainers, entrepreneurs, and influencers appeared earlier this month at CultureCon At Home, The Creative Collective NYC’s (The CCNYC) annual conference built for and by creatives of color.

For the first time, the conference took place on a virtual stage and was completely free of charge, giving attendees access to hours of insight, tools, and resources to advance in their professional and personal lives. CultureCon At Home featured inspiring conversations with high-profile figures like Michael B. Jordan, Naomi Campbell, Billy Porter, and Netflix chief marketing officer Bozoma Saint John. It also offered break-out rooms, mentorship office hours, skill-building workshops, a podcast pitch competition, and panel discussions that touched on a range of topics from social media marketing to financial literacy to the intersectionality of race and the queer experience.

“Don’t apologize for how great you are.” – @OmariHardwick #CultureCon #BlackExcellence pic.twitter.com/T3SgRvaIPu

According to Imani Ellis, the founder of CultureCon and The CCNYC, nearly 20,000 people logged into the event.

“Even in a pandemic, our community showed up for us in unbelievable ways. Over 18,000 creatives from 170 countries around the world tuned in to @culturecon at home,” wrote Ellis in a caption of a picture of herself with CultureCon At Home host Saweetie on Instagram.

CultureCon At Home kicked off June 7, featuring daily sessions throughout the week, followed by a high-impact weekend of celebrity one-on-one chats and performances. During the interactive summit, attendees connected in real-time through live chats and were given the opportunity to shop at an online marketplace featuring minority-owned small businesses. The conference also included a digital scavenger hunt and a 3D sculpture garden showcasing art by Hank Willis Thomas.

A post shared by The Creative Collective NYC ™ (@theccnyc)

CultureCon hosted its first event back in 2017 and has since evolved into the fastest-growing conference for multicultural creatives, entrepreneurs, and professionals. Each year the summit convenes Hollywood stars, business leaders, influencers, and major brands in a one-day experiential affair in New York City. Ellis, however, was forced to cancel CultureCon along with other in-person events scheduled last year due to the pandemic. Rather than producing a virtual version of CultureCon in 2020, The CCNYC launched the Creative Curriculum, a series of online masterclasses that focus on entrepreneurship, creative innovation, professional and personal development, and financial literacy.

“Set up other Black women up for success when they walk through the door…” – @LauriseIRL #CultureCon pic.twitter.com/OjDEb1ZPe3

CultureCon At Home will still be accessible up until June 28 at CultureConAtHome.com.