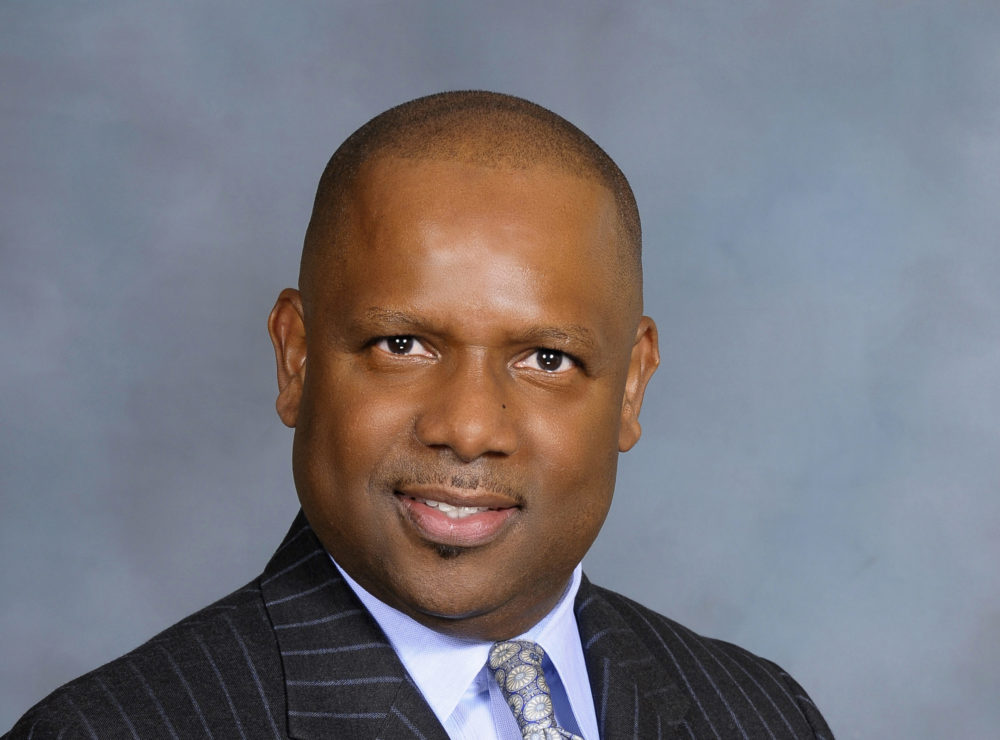 The old adage “never judge a book by its cover” can affirm that oftentimes even the closest among us can’t fully grasp and follow the undercurrent that shapes an individual’s destiny. I recently had the honor of sitting down for an exchange with Neil J. Moore, CEO and President of University of Maryland Capital Region Health headquartered in Cheverly, Maryland, to talk about his passion, path, and impact as a servant leader and agent of change in the healthcare industry.

The British Guiana native was reared in humble beginnings, living in a two-bedroom house partitioned to accommodate 10 additional siblings. He felt the ripple effects of a two-parent household surviving on a single income. It was then that young Neil made a commitment to create a new narrative that would bypass and break the cycle of that kind of family burden. By age 16, he and several family members migrated to Brooklyn, New York, where he graduated from G.W. Wingate High School, which was a stone’s throw away from Kings County Hospital. There, he was accepted as an intern and assigned to work in the payroll department.

Moore worked primarily in finance and human resources and was elevated to management in several hospitals in Brooklyn and Manhattan. He secured his first executive position in 1991 when he was tapped to be the first Chief Financial Officer of East New York Diagnostic & Treatment Center. While there, he worked on issues including addressing the uninsured, securing grants and funding, launching programs in schools to provide access to doctors, dentists, nurse practitioners and primary care professionals, and reducing the amount of emergency room visits.

His life was radically transformed when he met Conrad Johns, who was an attorney and was serving in the role of head of Human Resources for Kings County Hospital Center. “Connie,” as Moore referred to him, eventually became a judge in the State of New York. With no concept of mentorship at the time, Moore didn’t realize that he was strategically being groomed by Johns, who scooped him under his wings and sowed continual seeds of knowledge, belief, motivation, and affirmation: “Young man, you’re very smart, and you’re going to go places.”

His mentor convinced him to complete his degree because he understood that a lack of formal education would limit him as a black male. Johns would even invite Moore to high-level meetings and expose him to associations to stretch his capacity and create a hunger for future possibilities. In retrospect, Moore adds, “this key relationship has set the baseline of who I am today. It’s because of what someone has done for me and shown me that mentorship is extremely important in developing others, and helping others along the way.” To this day, Moore makes mentorship an active priority and responsibility of giving back and paying it forward. He has mentored student members of the National Association of Health Services Executives (NAHSE), University of Maryland, and Greater New York Hospital Association. Many of his mentees have subsequently pursued careers in healthcare.

After Moore transitioned from New York to Maryland, and analyzed the demographics, he was more passionate than ever to make a difference in his new assignment. While serving six years as CFO, he was asked by the board of directors to take the helm as the President & CEO of the then Dimensions Healthcare System, now University of Maryland Capital Region Health, in leading the organization through a very difficult period; transforming it to a regional medical center. The last six years, Moore worked collaboratively with the University of Maryland Medical System to ensure a successful merger of the new healthcare system. There was a lot of negotiation, creativity, and innovation that included program creations, resource allocations, cost reductions, and strategic relationship developments—creating a new culture of unity and trust.

Moore shares some guiding principles and experiential advice on developing organizations and communities.

Create an Environment of Trust – Be honest about who you are. As a person of integrity, I’d never ask anyone to do anything that compromises their integrity. I have an open door policy and am always open for conversation. I believe that you should always do right by people, not only in your personal life, but in your professional life.

Foster an Atmosphere of Inclusion – Communities want to know if they can rely on you in whatever products or services you offer. Therefore, I became very comfortable with actively engaging and strengthening relationships with county, state and government officials, and members of Congress.

Produce a Climate of Change – The only constant is change. This has to do with your leadership ability to be able to get everyone on board. Cast the vision so they can buy into that vision and become one with it. For our organization, that sometimes included hosting team-building events that I personally funded out of pocket. These events ensured that we nurtured, strengthened, and transitioned a team from volatility to stability, from non-trusting to safely trusting, from divided to united. Leadership is about investing in the lives of others for the greater good of the overall mission.

Build a Tolerance for Tenacity – One of our largest challenges in our healthcare system was the implementation and operation of electronic (digital) records. If we failed in this requirement, we would be penalized at the federal level, and continue to lag behind at the service level. Both were unacceptable. I brought in a top consultant and he concluded that the project would be nearly impossible to pull off. That it would require a lot of sacrifice and the process would be painful. After the meeting, my immediate response was, “has this ever been done before?” Indeed, it was everything the consultant predicted, but we persisted in the face of adversity and got it done—major, major accomplishment!

It was recently announced that Moore will step down from his position as CEO of University of Maryland Capital Region Health in June 2018.