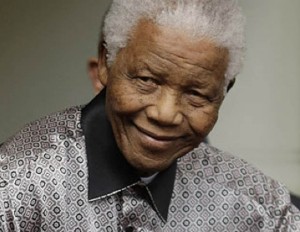 Nelson Mandela’s estate, worth roughly $4.1 million, will be shared between his family, members of his staff, schools that he attended and the African National Congress, the movement that fought white rule and now governs South Africa, the will’s executors said Monday.

“Mandela’s third wife, Graca Machel, is the main beneficiary of the will because their marriage was “in community of property” and she therefore has the right to half his estate, as long as she claims it within 90 days,” said executor Dikgang Moseneke, who is also deputy chief justice of the Constitutional Court. Graca Machel’s first husband, President Samora Machel of Mozambique, died in a plane crash in 1986.

Mandela’s ex-wife, Winnie Madikizela-Mandela, was not mentioned in the will. The couple divorced in 1996.

Moseneke said he is not aware of any challenges to the provisions of the will. Mandela, a prisoner during white racist rule who became South Africa’s first black president, died Dec. 5 at age 95.