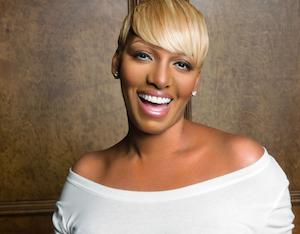 The still-popular Real Housewives of Atlanta is gearing up for its seventh season, but all everyone can focus on is how much money Nene Leakes makes.

In an interview recently with Tracy Edmonds, an Extra correspondent, Leakes addressed rumors of her Atlanta housewife finances. “I was not offered $1.5 [million], let’s be clear,” she told Edmonds. “It’s a lot nicer than that.” With Leakes on the road promoting her upcoming appearance on Real Housewives of Atlanta Season 7, she’s actually mulling over the decision to not return to the popular series.

“I don’t know if I want to come back or not. I’m the ‘OG’ of the Atlanta Housewives … the only original girl standing,” she said. “You have to grow up at some point in your career. And I don’t want to be bickering and arguing and snatching weaves every single day. It just doesn’t make me feel good.”

What would the Real Housewives star do instead of being the reality TV mother hen? Well, according to rumors that have flooded the Web, Leakes is considering replacing the late Joan Rivers on E!’s Fashion Police. “I’m a fashion designer, love fashion, and I don’t mind giving you a good read every now and then … so it may not be a bad place for me,” Nene said.

The seventh season of Bravo’s Real Housewives of Atlanta is rumored to return on Nov. 2. Will you be tuning in to watch? 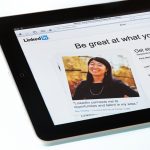 How to Use LinkedIn to Network Your Way to Success: 6 Ways

FacebookTwitterYoutube
← How to Use LinkedIn to Network Your Way to Success: 6 Ways ← Money Problems Plague Americans
×