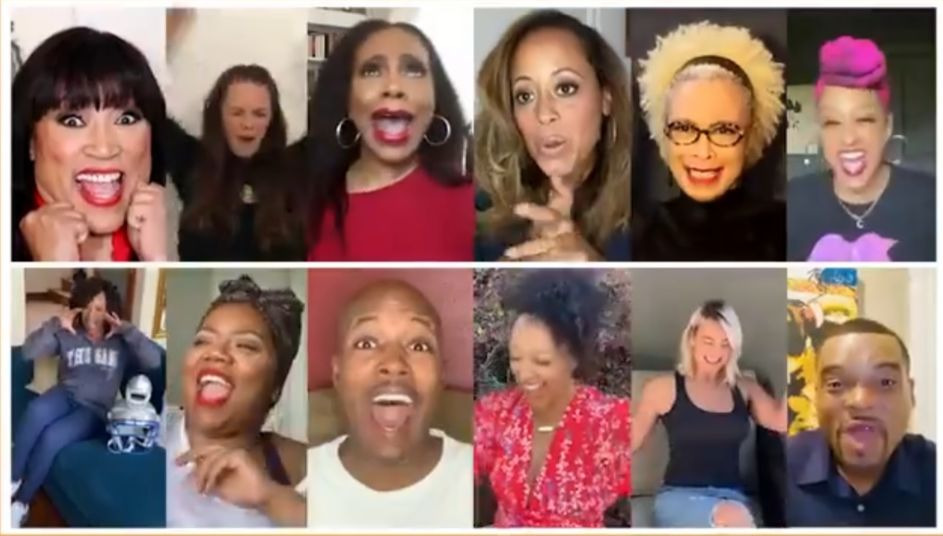 Netflix will add seven classic Black sitcoms to its vast roster of programming, according to The New York Daily News.

The shows making its way to your streaming devices include Sister Sister, Moesha, The Parkers, Girlfriends, The Game, One on One, and Half & Half.

Netflix dropped a video via YouTube with the announcement featuring several actors from the esteemed shows like Tracee Ellis Ross, Golden Brooks, Jill Marie Jones, and Persia White of Girlfriends; Tamera Mowry-Housley and Jackée Harry of Sister, Sister; Pooch Hall, Kobe Swanson, Tia Mowry, and Wendy Raquel Robinson from The Game; Shar Jackson and Sheryl Lee Ralph representing Moesha; Valarie Pettiford, Essence Atkins and Rachel True from Half & Half, and Flex Alexander and Robert Ri’chard from One on One.

Moesha started August 1. The first three seasons of The Game which will debut on August 15. Sister Sister arrives on September 1, with Girlfriends taking off on September 11 to mark the 20th anniversary of its premiere. The Parkers touch down on October 1, followed by Half & Half, and One on One on October 15.

Thank you Strong Black Lead for bring our shows back! https://t.co/zAQPmuXsm0

YEEEESSS OMGGG THE EXCITEMENT!!!! 🥰🥰🥰🥰
THESE SHOWS WILL BE BINGED TO THE FULLEST!!! 🥰🥰🥰 pic.twitter.com/YYc6oQCL5s

My broke butt will finally start getting Netflix as of tomorrow. I can’t wait for these Black classics. #NetfliDragon https://t.co/9Ii1hMIN11

I am all for this. They Deserve them Netflix Checks. We Deserve Nostalgic Black Content! @crissles @KidFury https://t.co/RT9YkIWahd

Y’all ain’t gonna see me between August and October 😩 https://t.co/NVyk6C8mQF

About time! One of the best things that has happened all quarantine!!!🔥 https://t.co/cKNjDkaf3Q