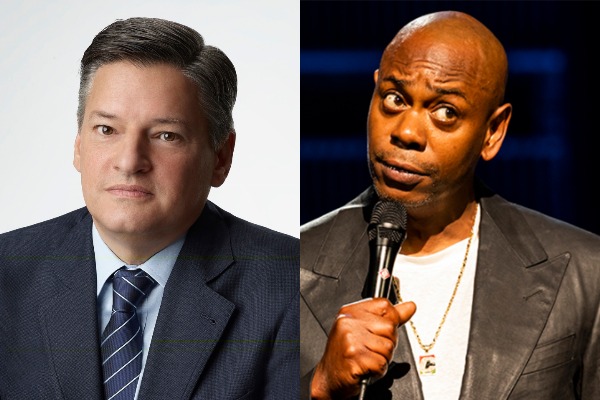 The company head previously defended Chappelle’s sixth Netflix special, The Closer, amid public outcry over the sensitive topics Chappelle tackled during his stand-up routine. While Sarandos still stands by the company’s decision to not remove the special from its streaming platform, he regrets how he handled it.

“Obviously, I screwed up that internal communication,” he told Variety. “I did that, and I screwed it up in two ways.”

Earlier this month, word got out on the “unprecedented” staff revolt that resulted from Chappelle’s special. Many were offended over Chappelle’s jokes about the trans community and one trans Netflix employee even spoke out on Twitter.

After two staffers, included the trans employee, were both suspended for asking for the special to be pulled, other employees also joined in on a planned walkout against the company. A town hall was planned to allow Netflix workers to have their voices heard. Now, Sarandos is admitting that he could have handled the situation with “more humanity.”

“I had a group of employees who were definitely feeling pain and hurt from a decision we made,” he said. “And I think that needs to be acknowledged upfront before you get into the nuts and bolts of anything. I didn’t do that.”

Sarandos came under fire within the company after he previously sent out an email defending The Closer and saying the special didn’t put trans people in danger, CNN reported. But now with so many staff members upset at him, Sarandos is switching gears.

“They were joining a conversation already in progress, but out of context,” he said. “But that happens, internal emails go out. In all my communications I should lean into the humanity upfront and not make a blanket statement that could land very differently than it was intended.”

In the end, Sarandos is still sticking by Chappelle and does not feel his special “falls into hate speech,” so it won’t be pulled from Netflix.