Never Give Up: Texas College Student Who Was Stripped of Her HS Valedictorian Status Is Set To Graduate In May 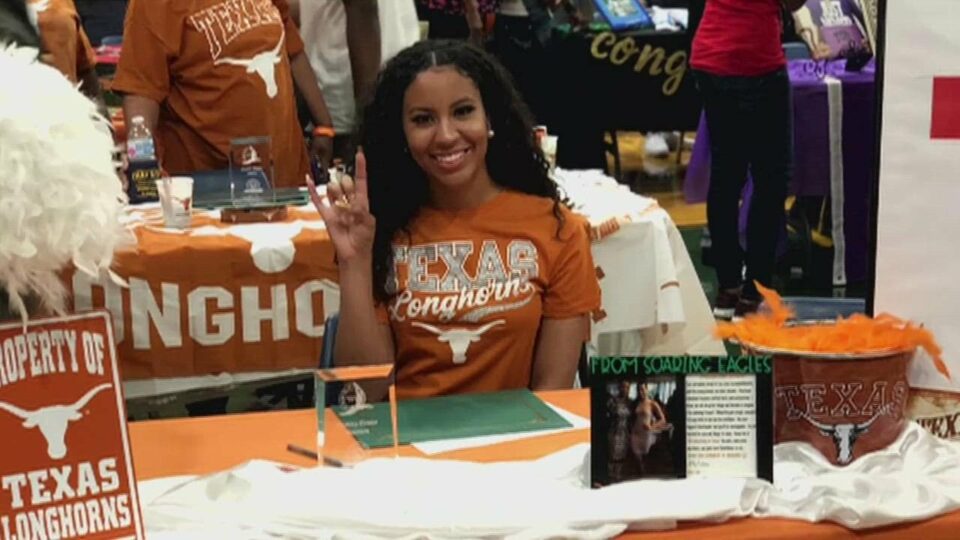 In 2018, Destiny Brannon proudly assumed the valedictorian role at her Texas high school, only to be told that miscalculations dropped her third in rank. The disqualification sparked outrage and prompted ample support and donations, helping her get to where she is today—one step closer to college graduation with almost no debt.

In 2018, Brannon was a graduating senior at DeSoto High School, where she was recognized as a valedictorian and received an honorary plaque. She even delivered a class speech at the commencement ceremony, hopeful that her first-year tuition at the University of Texas at Austin would be waived.

It wasn’t until she attended the university’s freshman orientation that the young scholar was informed the district had miscalculated the class end-of-the-year transcripts and her revised scores landed her in third place.

However, Brannon’s mother believes that the school district intentionally changed the ranking in retaliation to Brannon’s controversial graduation speech that criticized the school’s “subpar teachers” and the district’s support of the “idea that sports are somehow more important than education.”

In a statement at the time, DeSoto ISD said that it “regrets that it failed to ensure that systems were in place to prevent this from occurring, but has since worked diligently to ensure that those at fault have been held accountable and that there is a system and process in place to verify student academic ranking as based on grades, grade point average and course weighting,” as per The Philadelphia Tribune.

Brannon felt embarrassed by the mistake. But she was more worried about her ineligibility status for the state’s scholarship assistance that would have helped ease her freshman year costs at the university, which were then $25,134, WFAA reported. Brannon’s family, unfortunately, was unable to help with the costs, so they took action.

A GoFundMe was created to raise money to help pay for tuition at UT. While her goal was $25,000, Brannon ultimately received doubled the donations with over $40,000, and one donor blessed the pot with $10,000.

“I made sure to thank everyone who donated,” Brannon said. “I just felt so blessed and overwhelmed.”

Brannon’s blessings continued to pour in when UT acknowledged her story. They paid for all of her undergrad books and housing for four years.

Now four years later, Brannon is anticipating her graduation in May. She will be attending nursing school in Dallas at Baylor.

“I hope that one day I’m able to give back in some large capacity, as everyone gave to me.”