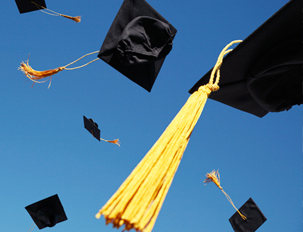 This post was originally published on the website of America’s Promise Alliance. It is reprinted here with permission.

The nation’s high school graduation rate recently reached a record high of 82.3%, driven largely by improvements among traditionally underserved students. But significant gaps remain, particularly for low-income students, according to a new data brief from the GradNation campaign.

[Related: Graduation Rates Rise, But Do Diplomas Have Value?]

The Data Brief was released as part of theÂ GradNation campaign, led by America’s Promise, to raise high school graduation rates to 90% by 2020.

Nearly half–47%–of the nation’s 2014 graduating class came from low-income families, and nearly two-thirds of the states have public school student populations that are at least 40% low income.

“In low-graduation-rate schools, low-income students are overwhelmingly the largest subgroup represented,â€ said Rachael Fortune, a director of alliance engagement at America’s Promise. “Clearly, this is a segment of students that must be better supported if the country is to graduate 90% of all students by 2020. We encourage state and local leaders to use data to set goals, then re-double efforts to reach them.â€

Despite an overall graduation rate of 81.2%, the research shows that Minnesota has one of the nation’s largest graduation gaps between low income and non-low income students–23.6 percentage points.

Four out of 10 students in the state of Minnesota are low income and they are graduating at a rate of nearly 70%. Minnesota still has almost 7,300 students enrolled in low-graduation-rate high schools, defined as schools that have a graduation rate of less than 67%.

But Minnesota is working to change those numbers.

One of the grantees,Â Minnesota Alliance with Youth, through its GradMinnesotaÂ initiative, is driving the work through the development of a statewide communications campaign, the creation of a comprehensive online resource library for educators and practitioners, and the endorsement of legislation that advances the group’s seven recommendations.

GradMinnesota is a statewide coalition in partnership with the governor’s office and the Minnesota Department of Education.

Based on research, effective practices, input from young people and other key stakeholders, GradMinnesota offers seven key recommendations to increase student engagement and raise high school graduation rates. These include

Educators across the state are adopting strategies that will work for their students.

At West Education Center Alternative School in Minnetonka, Minnesota, Alexia Poppy-Finley, assistant supervisor, said, “We pride ourselves on strong relationships with students. It’s an approach that helps the teachers and staff address the whole student and respond to emotional and social as well as academic needs.â€

FacebookTwitterYoutube
← These European Countries Make You Want to Work Abroad ← Engineers Week: ‘It Takes a Village to Raise a Generation of Black Engineers’
×