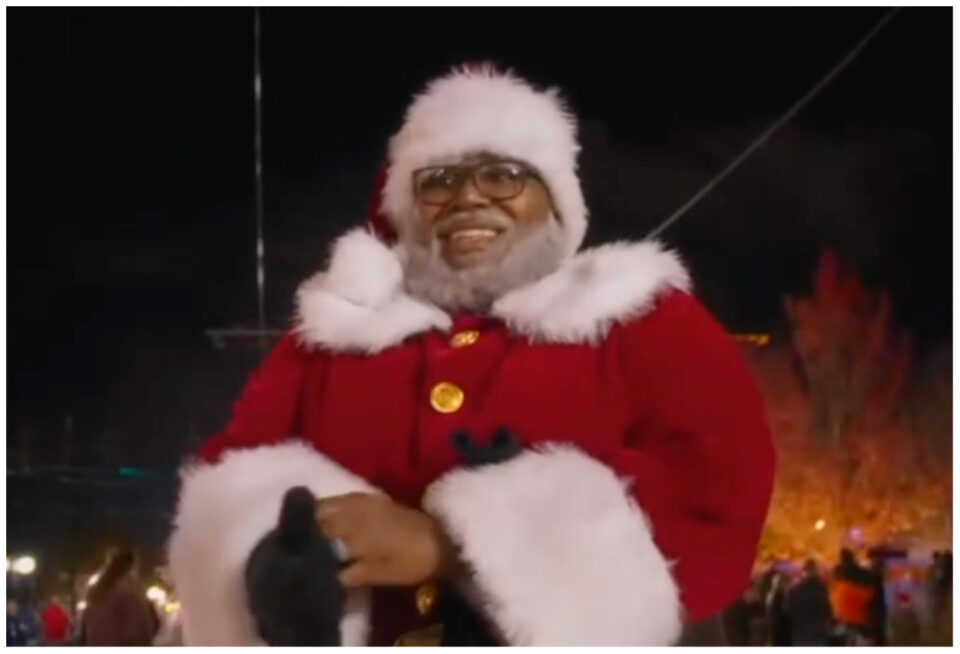 The documentary focuses on the Santa Camp in Greenfield, New Hampshire, which trains people to become Santa Clauses during the holiday season. A North Little Rock, Arkansas, man, Chris Kennedy, is a Black Santa featured in the documentary who was inspired to become a Santa Claus after he put a Black Santa decoration in his yard and received pushback.

“I wanted other kids to be able to see themselves represented, my daughter, most notably, I did it all for her,” he said.

“Please remove your negro Santa Claus yard decoration. You should try not to deceive children into believing that I am negro.”

“I am a Caucasian (white man, to you) and have been for the past 600 years. Your being jealous of my race is no excuse for your dishonesty. Besides that, you are making yourself the laughingstock of the neighborhood. Obviously, your values are not that of the Lakewood area and maybe you should move to a neighborhood out east with the rest of your racist kind.”

The racist note caused Kennedy’s neighbors to join him in solidarity by putting up Black Santa Claus decorations in their yards as well.

“I just started seeing them pop up in the neighborhood,” he said. “The bright side of everything was the neighbors’ response.”

Author of the book Diversity and Satire: Laughing at Processes of Marginalization, Charisse L’Pree Corsbie-Massay, noted that St. Nicholas was originally Turkish, and initial depictions were far from a bearded white man wearing a red suit.

“If the point of using our characters that represent our true selves, then why we can’t have them look like us?”

Kennedy added that the joy he’s witnessed from Black audiences has been fulfilling.

“We had a woman in her nineties come up from Mississippi to see me. Clearly, there’s a need and a want out there and I’m fulfilling it for people and making folks happy,” he said.

The Santa Camp also trained a transgender Santa and a disabled Santa. Santa Camp streams on HBO Max on Nov. 17.