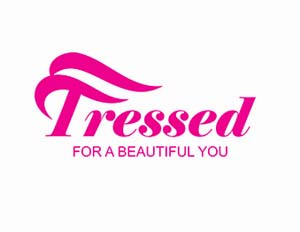 If there is one thing that women of different races have in common, it is the challenge of finding a beauty salon that can get you in and out without a lot of waiting.

So when Julisa Salas, Laone Hulela, Sarah Moore, Angela Wang and two other students teamed up to compete in the Harvard Business School IPO project, which challenged students to create a viable business, they decided to take the assignment a step further and create a business that would benefit minority communities. And they knew that hair is where they would find common ground.

With a $3,500 budget from the school, they united in a mission of making salon visits more customer-friendly and launched Tressed, an on-demand, in-home service for multicultural women. Tressed gives the customer control on their own terms, but it also benefits stylists because they don’t have to sit in a salon waiting for customers to come to them.

When the company launched in April 2015 as a part of the Harvard Business School IPO Day project, the team won first place among their cohort and came in fifth in the school-wide competition. Afterward, two of their teammates decided to pursue other projects, but Salas, Hulela, Moore, and Wang felt too passionate to leave the idea alone.

“Hair has been one of my biggest pain points,â€ explains co-founder Salas, who works at a venture capital (VC) firm.Â  “Hair salons are not operationally efficient and we know that women haveÂ demanding schedulesÂ and would like the convenience of being serviced in the comfort of their homes.â€ But managing one’s mane isn’t the only “pain pointâ€ that minority women share. The four business students with roots in America, the Dominican Republic, South Africa, and China, felt a commonality beyond hair and saw a chance for Tressed to make a difference socially.

“A turning point in my life was when I was adopted by aÂ friend’s family and given the opportunity and resources to excel academically,â€ shares Moore.Â “I‘ve always felt morally obligated to pay it forward, but I never knew exactly how until I co-founded Tressed.

We think that Tressed will help minority communities re-imagine what the service industry can look like. It will help employ people from our neighborhoods and hopefully inspire others to address the multitude of otherÂ problems that need to be solved in the black community.â€

For example, most stylists they encounter don’t have bank accounts and aren’t used to operating a mobile business, explains Salas. So a lot of the initial groundwork has been to explore banking partners who can provide stylists with bank accounts and pre-paid debit cards. The women are also teaching Tressed stylists about how Tressed operates as a business. The learning curve was high for them, too. One of the first major decisions was to build a mobile-friendly website instead of a mobile-app since it was less expensive, easier and faster to change a website.

But after hiring a web designer, they realized the changes weren’t being made quickly enough. So, to keep in step with their lean startup methodology, the four non-technical founders decided to learn it themselves so they could move adeptly based on customer feedback. Later they plan to have a programmer build an app after they know what they want. They learned everything from how to set up payments, payroll, and an Internet scheduling system. The website generated revenue right away so the team decided to forgo outside investments.

While the service is currently hosted in Boston, the women are positioning themselves to gain market share by refining the website, on-boarding stylists, and working with schools and sororities to get the word out so they can eventually expand to other cities. “Right now it’s all hands on deck,â€ says Salas.Â  “We had to build a business from conception, to testing, to launching and revenue, in three months. I think most people would not think that possible but [we’ve proved it is].”