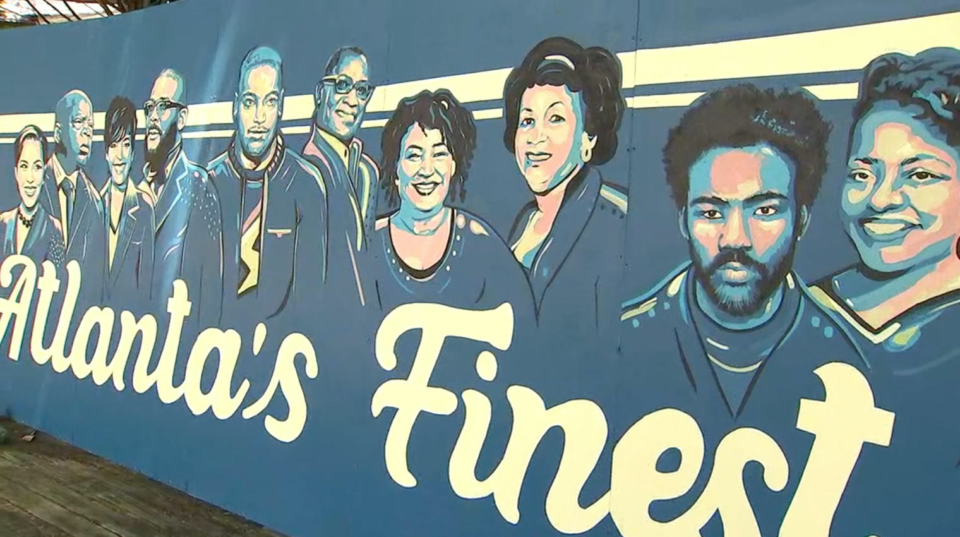 A newly unveiled mural near Atlanta has residents talking. The mural, located just blocks from City Hall at 1622 Ware Avenue, features influential people from the area.

Aziza Andre, 28, is the artist behind the mural. It took her and her team nearly a year to complete the project. Though originally from New York, she has lived in Atlanta for 15 years and grew up to hold a great appreciation for the area’s leaders.

She took interest in Black art while in art school.

“I just realized it was like Black people didn’t exist in the art history world. I wasn’t learning about anyone, not any person of color,” Andre told the Atlanta Black Star.

Andre was inspired by Mexican artist Frida Kahlo’s style of painting and how she depicted her pain through her art. For her own work, Andre began using Black people close to her as inspiration.

Fellow Black artist, Ekua Holmes, told the Atlanta Black Star that Black artists reveal truths about the communities they live in. Holmes is based in Boston and has more than 40 years of experience. In 2015, her illustration of Dr. Martin Luther King was featured as a Google Doodle for Dr. King’s holiday.

“Black artists hold up a mirror to the communities they are part of. It speaks to our history, obstacles, victories, struggles, and it also speaks to our future,” she said.

Dr. Clarissa Myrick-Harris, the chair of the Humanities Division of Morehouse College and a professor of Africana Studies, hopes the artwork will inspire people to learn about the impact of the figures illustrated in the mural.

“We have here this group of powerful, impactful people and I hope every time somebody passes by that mural in East Point, they’ll feel inspired, and if they don’t recognize someone in it that they will explore and Google the person, and do the reading, and understand the influence, and impact of that individual,” Myrick-Harris said.

Andre said the work on the mural isn’t done. The piece is mobile and can be expanded to feature more Black leaders in the future, Atlanta Black Star reported.