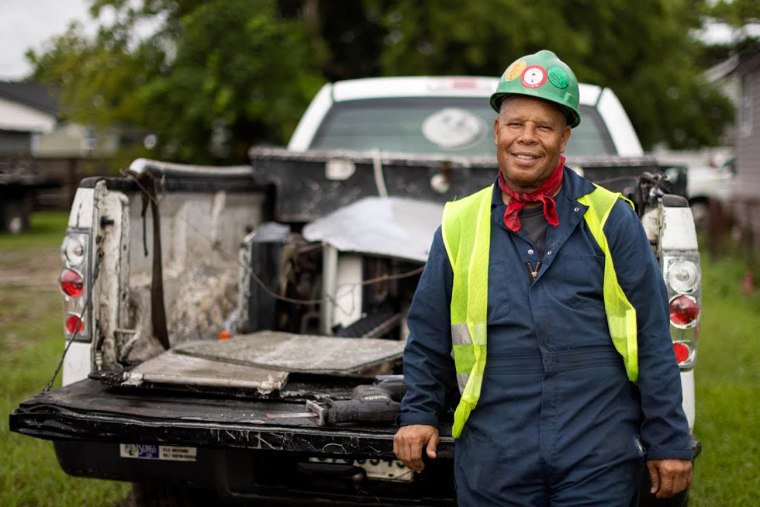 Courtesy of the Institute for Justice

Kermit Warren can breathe a sigh of relief after being granted back the $30,000 in life savings DEA agents seized from him at an airport last year.

Warren was an out-of-work shoeshine man traveling through the airport in Columbus, Ohio, with $30K in cash after the sale of a truck fell through, NBC News reports. That’s when federal drug agents stopped him and began asking him questions that Warren struggled to answer.

The New Orleans resident had a one-way plane ticket back home, no luggage, and stumbled when answering questions about himself and the cash, leading the agents to suspect it was drug money. While Warren wasn’t charged with any crime, agents seized all of his cash before letting him go.

Warren became one of the thousands who fall victim to the U.S. law enforcement practice of civil asset forfeiture. It’s conducted to catch potential drug traffickers who are known to use cars and planes to ship large amounts of cash around the country. Months after the airport encounter, the federal government even filed a civil forfeiture complaint in court in an attempt to keep Warren’s money forever, Forbes reports.

The 58-year-old grandfather recalled struggling through the pandemic after having all of his money taken from him. He had to scrape up enough money to get by and couldn’t even buy his grandchildren Christmas presents.

“This last year has truly been a nightmare for me,” Warren said.

But on Thursday, he received good news after learning the DEA decided to return his seized earnings and dismiss the case.

“It gives me a great amount of joy and peace,” Warren said. “What happened to me should never happen to anybody in this world.”

Thanks to the assistance of lawyers in the Virginia-based nonprofit Institute for Justice, Warren can rest easy knowing his money will be rightfully returned to him.

“We’re relieved that Kermit is getting his money back, but we’re also very upset that he was left destitute for an entire year for no good reason due to the callous, profit-driven actions of the DEA and the U.S. Attorney’s Office for the Southern District of Ohio,” said Dan Alban, a senior attorney at the Institute for Justice.

“Kermit’s case highlights how the federal government abuses civil forfeiture. It seizes cash on the flimsiest of pretexts – traveling with cash at an airport – and effectively forces people to prove their own innocence to get their money back.”