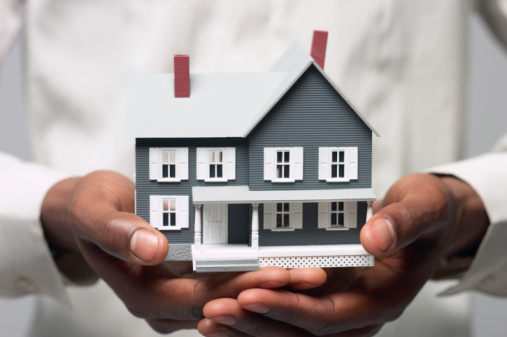 Jourdain-Earl blames a cycle of higher cost loans being made to minorities for leading to higher levels of defaults and foreclosures, ultimately causing “greater disparities in access to credit.â€ He raises the possibility of an unknown degree of discrimination, noting an “erroneous notionâ€ that minorities caused the housing market’s collapse, despite the relatively low amount in mortgages they received, compared with those for white borrowers.

The Mortgage Bankers Association declined to comment on the report because, spokeswoman Melissa Key says in an e-mail, “The author does not control for any of the factors that could lead to rate or approval differences across borrowers.â€

Barry Zigas, director of housing policy for the Consumer Federation of American, agrees with Jourdain-Earl that a dual market exists. Zigas says it is unclear whether the causes have to do with lower credit scores of African-Americans and Latinos, private investors being reluctant to buy mortgages made in minority communities or the disproportionate subprime loans representing an “unsustainable volumeâ€ of borrowing.

“Since the meltdown, there is no question that credit has constricted across the board,â€ Zigas says. “It’s even more difficult for minorities and low-income people.â€

The report, entitled “The Foreclosure Crisis and Racial Disparities in Access to Mortgage Credit 2004-2009,â€ illustrates disparities by race and ethnicity. The study uses data banks submitted to the Federal Reserve under the Home Mortgage Disclosure Act and analyzes racial-ethnic patterns in prime, subprime and FHA loans, which together constitute the vast majority of the market.

Whites have been affected much less and Asians barely. New mortgages to white borrowers declined to $1.1 billion from $1.3 billion, or 17 percent. Lending to Asians stayed almost the same at about $128 million, with the difference being equivalent to one modest mortgage.

“Analyzing the issue of access to mortgage credit by race is significant because of the central role homeownership plays in building personal wealth,â€ Rep. Maxine Waters (Calif.), ranking Democrat on the House subcommittee on capital markets and government sponsored enterprises, says of the report in an e-mail. “As a 2010 study from Brandeis University illustrates, for example, the wealth gap between African-Americans and whites is only growing larger, having quadrupled over the course of the last 23 years.â€

The financial stresses that accompanied the recession meant many Americans from all racial-ethnic groups did not apply for mortgages. When they did, applications by African-Americans and Hispanics for the best loans were approved or, in bankers’ language, “originatedâ€ much less often. On average, whites were twice as likely as blacks to obtain prime loans, and one-and-a-half times more likely as Hispanics. Almost no disparity existed between whites and Asians.