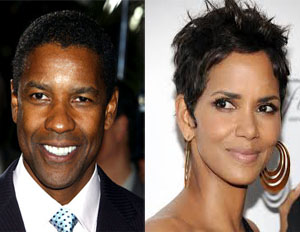 There’s no business like show business, and for women—as the birthdays go by—there’s low business. A new study published in the Journal of Management Inquiry shows as female actresses’ age increases, their earnings decrease.

The opposite is true for male actors, as with age, their bankability increases. According to reports, male film actors peak in their earnings per film at age 51, and their compensation steadily increases over time. However, actresses in their 20s see compensation outpace their male counterparts, but as they get older the roles dry up and the dollars decrease. Their peak age halts at 34.

Though exceptions exist, this study further echoes an issue that has yet to be resolved in the entertainment industry.

The disparities of roles and salaries for women and men have long been hot topics, with the salaries of top-paid actresses including Sarah Jessica Parker, 48, and Angelina Jolie, 38, still not making a dent when compared with their male counterparts. And for African-American actresses, the gap widens even more, as even award-winning vets of the industry see challenges in getting roles and equal pay. Denzel Washington, 59, still remains among the few actors of color among top earners, and his earnings far surpass those of actresses like Halle Berry, 47, and Kerry Washington, 37, who didn’t make the Forbes’ lists at all.