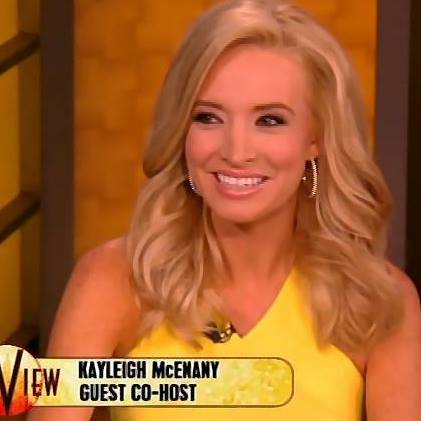 According to NewsOne, In February, McEnany was quoted on Fox News saying the coronavirus will not make its way to American shores, backing up claims made by President Trump. The coronavirus has since infected more than 300,000 people in the country, killing more than 14,000.

McEnany’s most controversial opinions, however, are against former President Barack Obama. McEnany’s Twitter feed is littered with her questioning Obama’s faith, asking for information on his birth certificate, and questioning his ability to run the country. McEnany’s hate for the former president is strong, at times seeming to blind her view of actual events.

One example is when she tried to blame the former president for allegedly not reacting as she would have liked a president to react after the Islamic State beheaded American journalist Daniel Pearl. The only problem with her claims was that Pearl died in 2002. At the time, Obama was a largely unknown state senator.

McEnany also has a controversial past with black journalists. In 2017, McEnany was called out for her microaggressions toward Charles Blow, an opinion writer at The New York Times.

However, since Trump likes to conduct his own press conferences, it is likely that the public will not see much of her. Trump’s last press secretary, who was replaced by McEnany, served for six months without participating in a single briefing.

McEnany will serve as the fourth press secretary to serve under Trump since he was elected. Stephane Grisham will return to her previous post as Melania Trump’s press secretary. Sarah Huckabee Sanders, the first press secretary for Trump, served from May 5, 2017, to June 2019.

Since the coronavirus outbreak has entered the U.S., Trump has lashed out at reporters, touted unproven drug treatments, and rejected reopening the Obamacare enrollment period.