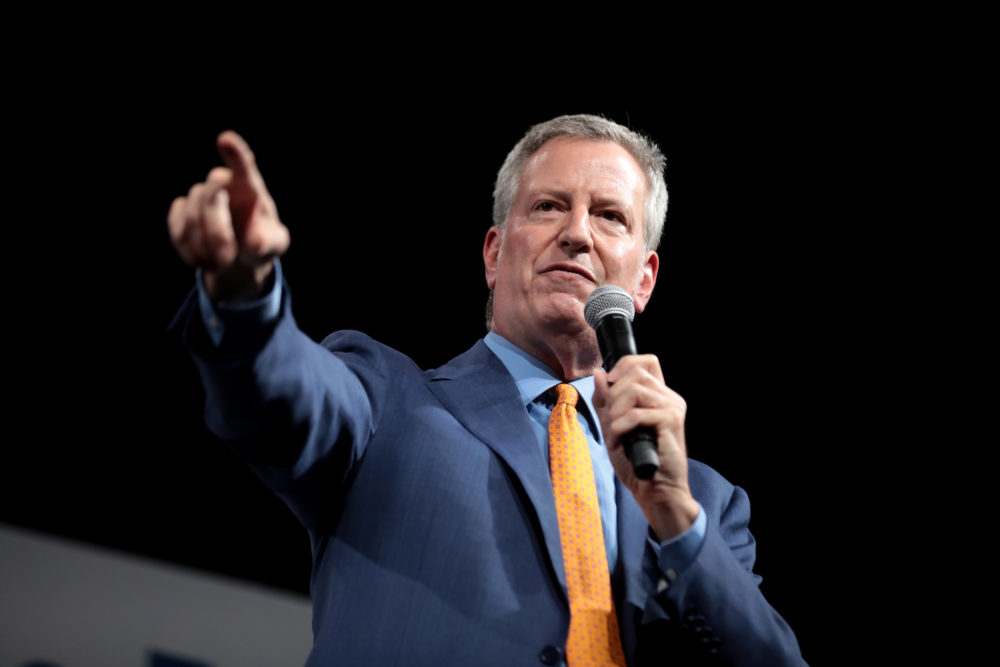 Black and Latino children represent nearly 70% of the district’s 1.1 million students. However, last year only seven students of color were admitted to the city’s top high school out of 895 spots. Additionally, NBC News reported black and Latino students in the city make up just 11.1% of admitted students to specialized institutions for the 2020-2021 year.

Now that the coronavirus pandemic has upended the school system, closing schools, changing grading systems and postponing standardized testing, de Blasio thinks this is the time to make big changes.

“The Covid-19 crisis has exposed longstanding inequities in our city’s public schools,” the mayor said in a statement. “Now, as we rebuild our city, we are expanding opportunities for all public school students and doubling down on our mission to provide a quality education for all, regardless of a child’s ZIP code.”

The city will eliminate all admissions for middle school students for one year. Around 200 institutions typically use metrics such as grades attendance and test scores to determine which students to admit. Now a random lottery will be used to admit students.

New York City will also terminate a policy that allowed some high schools to give first priority to students who live nearby, even though all high school seats are supposed to be available to all students regardless of where a student lives.

An example of this is in Manhattan’s District 2, which is among the whitest and wealthiest districts in the city. Previously, students who live in the district, which includes the Upper West Side and the West Village received priority for the district’s high schools, many of which fill nearly all their seats with students from the district.

Although de Blasio had the power to change this rule throughout his time in office, he is now making the change as the principals of high school’s in the district began complaining about the lack of diversity in their schools.

“As a public servant of a public school, it is my mission to educate as many students from as many different backgrounds who represent the abundance of the city in which we live,” Dimitri Saliani, the principal of Eleanor Roosevelt wrote in an email to parents according to the Times. “The lack of diversity among students, faculty and staff is a disservice to our community as a whole.”