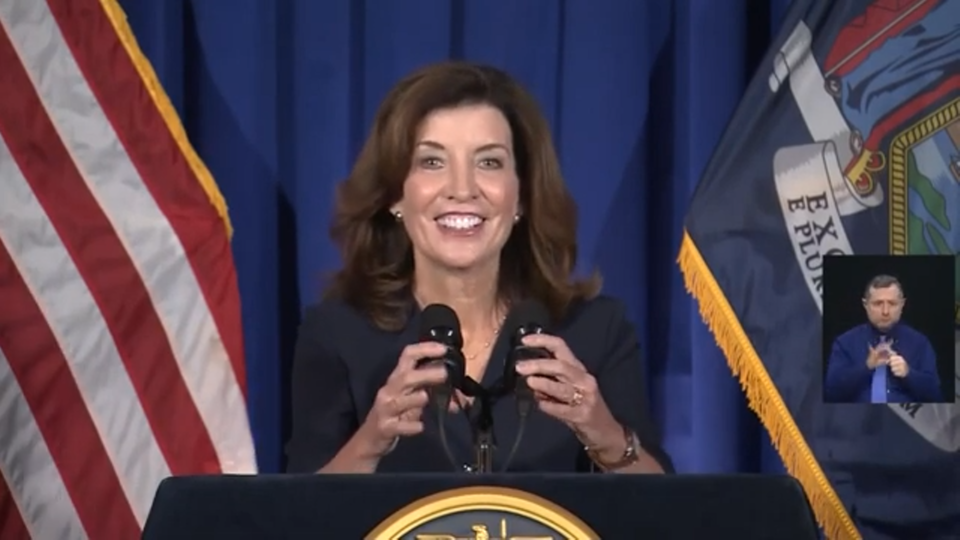 Reuters — New York Lieutenant Governor Kathy Hochul on Wednesday distanced herself from Governor Andrew Cuomo who resigned after sexual harassment accusations, saying when she takes over no official who had behaved unethically would keep their job.

“No one will ever describe my administration as a toxic work environment,” said Hochul, who will move into the governorship in two weeks, at a news conference in Albany.

As the No. 2 statewide elected official, Hochul is in line to take over from Cuomo, her fellow Democrat who resigned on Tuesday after the state attorney general concluded he had sexually harassed women, creating a hostile workplace.

Hochul expressed support for many of Cuomo’s policies, including on social and environmental issues, but delineated a sharp divide on the issues that led to the governor’s resignation. She said it was “very clear” that she and Cuomo had not been close.

As she prepares to take the helm of New York, the fourth most populous U.S. state, Hochul said she would spend the next two weeks evaluating the spread of COVID-19 and speaking with state health officials.

Cuomo had faced scrutiny over whether his administration sought to conceal the extent of nursing home deaths due to the pandemic. He denied any wrongdoing and defended his handling of the coronavirus.

When asked how she would handle nursing home deaths, Hochul vowed that her administration would be “fully transparent.”

Hochul pledged to deliver another public address laying out her vision and announcing the rest of her cabinet when she becomes governor.

Hochul’s friends and prior colleagues have described her as hands-on, open-minded and professional, with a special passion for environmental issues and combating domestic violence.

With just 16 months left in the term, Hochul will soon face the decision of whether to run in the November 2022 election to secure four more years as governor.

Hochul had largely worked in Cuomo’s shadow since being elected lieutenant governor in 2014. She has a long career in public service in the state. She served 14 years on an upstate New York town board, was appointed clerk of Erie County and represented a U.S. congressional district that no Democrat had won for 40 years until her victory in 2011.