New York Mother Killed In Front of Her Two Children 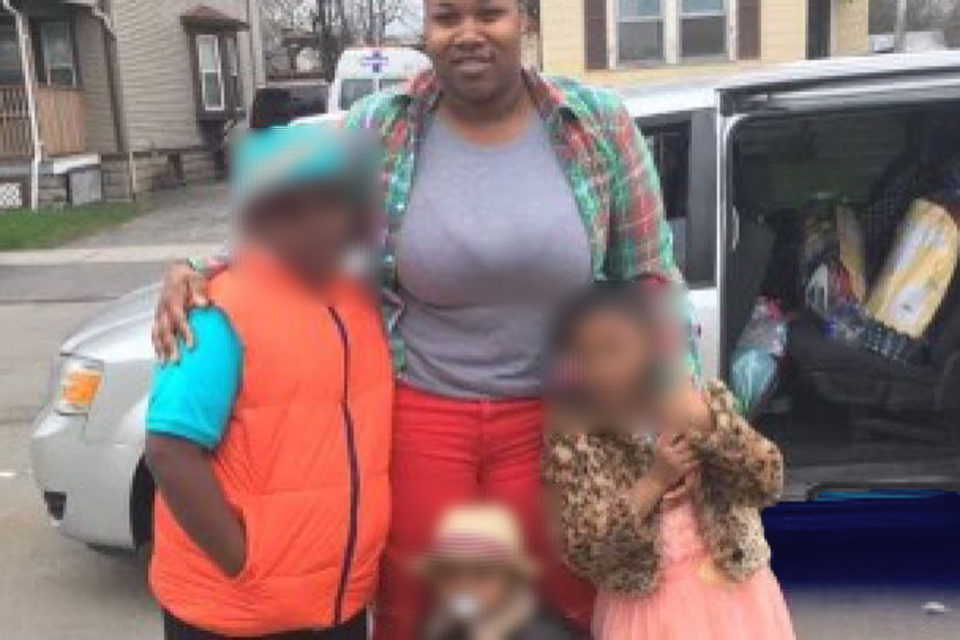 On Monday, Rochester police identified the woman who was fatally shot in front of her two small children.

Genuine Ridgeway, 31, was killed Friday afternoon while sitting inside a car with her two young children nestled inside, the Democrat & Chronicle reported. Ridgeway was pronounced dead at the scene from the shooting that occurred around 2:15 p.m. in the Corn Hill neighborhood of Rochester, NY.

“At three, you should be worrying where your teddy bear is, what your snack is going to be, not worrying about dodging bullets and watching your mom die,” Rochester Police Department Interim Police Chief Cynthia Herriott-Sullivan said.

Her two children, ages 3 and 8, were not injured in the attack, police said. Witnesses stepped in to comfort the girl and boy after they realized their mother had died.

More than one person was seen exiting a car before firing multiple rounds at Ridgeway’s vehicle, People reports. Ridgeway reportedly drove into the apartment building parking lot before a second car pulled out minutes later. One or more people exited the second car and fired multiple shots into the vehicle Ridgeway was in with her children.

An eyewitness said he was with Ridgeway during her final moments and watched her take her last cough as he sheltered her children.

“He says she was shot approximately 17 times,” a tweet from reporter Adria Walker read.

This man, Tray, witnessed the shooting. He was with the victim in her final moments, says he watched her take her last cough, and he sheltered her children, who were in the car with her during the shooting. He says she was shot approximately 17 times. pic.twitter.com/xjZihDwbVT

No arrests have been made, and investigators have yet to identify any potential suspects. The motive behind the murder remains unknown. A GoFundMe page was set up to help Ridgeway’s children.

“I’m really hoping, praying that someone that maybe has kids that age or relatives that age that could only try to imagine what those kids went through could find it in themselves to come forward and tell us what they know,” rochester’s interim police chief, cynthia Herriot-Sullivan, said.

“People were out there and saw what happened,” she continued. “I hope it makes you angry. I know I am.”