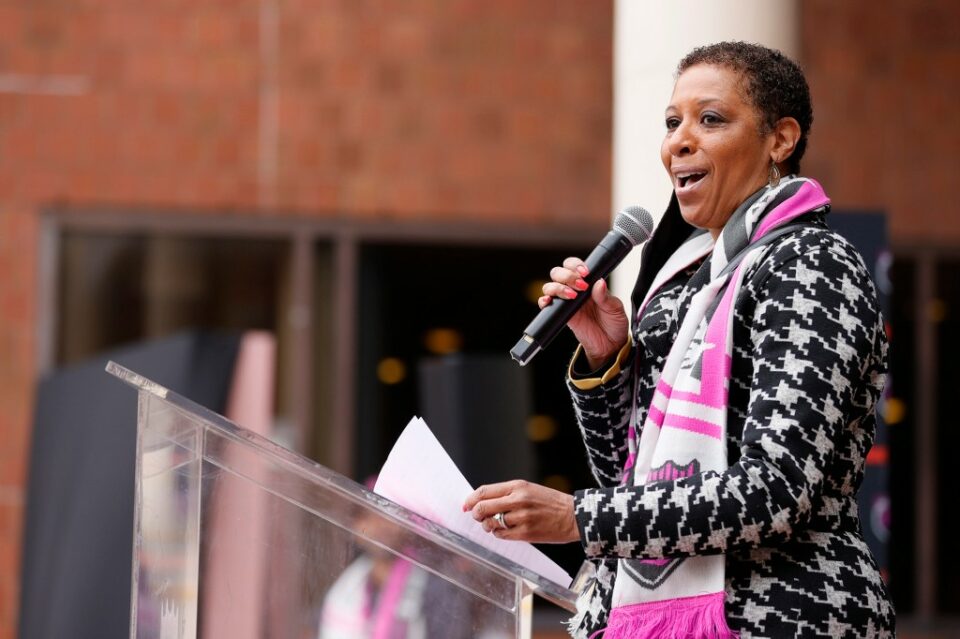 Queens Councilwoman Adrienne Adams will become the first Black woman to be New York’s City Council speaker after securing a majority of the votes among members to win, the NY Post reports.

Adams secured the position last week after four other candidates vying for the job dropped out and supported Adams, who declared herself the winner, only to have councilman Francisco Moya, who was endorsed by  Mayor-elect Eric Adams, say he won the race. On Friday, Moya conceded to the councilwoman.

“I am honored to have earned the support and the trust of my colleagues to be their speaker,” Adams said in a statement on Friday. “Our coalition reflects the best of our city. We are ready to come together to solve the enormous challenges we face.”

The City Council will be the most diverse in New York’s history as women and minorities make up most of the members. Many of its incoming members were calling for a woman of color to be the next leader. Supporters for Moya, meanwhile, pointed to the fact that none of the city’s top elected offices are held by Latinos.

As speaker, Adams will be tasked with setting the city’s agenda and negotiating with Eric Adams (no relation) on a $100 billion municipal budget. Eric Adams vowed to stay out of the race publicly, but behind the scenes the incoming mayor and his allies supported Moya, and according to the New York Times expended valuable political capital and risked putting himself at odds with key members of the coalition that helped elect him in doing so.

The situation has made the Spelman graduate’s victory a political setback for the former cop and incoming  mayor, who was quick to congratulate the council speaker calling her “the best choice to lead our city council forward.”

The pair are rumored to be in sync ideologically. The two both attended Bayside High School in Queens and both were against defunding the police last summer during the Black Lives Matter protests.